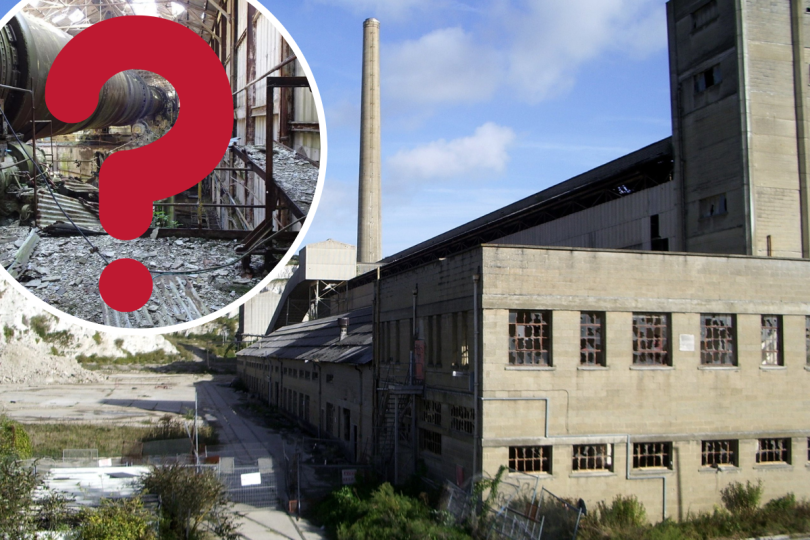 OPTIONS for what could happen to a derelict cement works have been revealed.

An eight-week consultation will allow people to help determine which option is taken forward in the next stage of the planning process for Shoreham Cement Works, in Shoreham Road.

The South Downs National Park Authority (SDNPA) started the online consultation on Tuesday, June 7 for “anyone with a general interest” to offer their say on the abandoned site which was active from 1883 until 1991.

The authority said the 108 acre cement works site offers “exceptional opportunities for both nature and people as part of a visionary development proposal”.

The four development options SDNPA have revealed are for a mixed-use development which includes options for commercial buildings, leisure areas and between 84 to 400 new homes.

Ian Phillips, chairman of SDNPA, said: “The site is one of the largest brownfield sites in the south of England and remains a landmark, with its chimney visible for miles around and impressive topography displaying the geology of the South Downs.

“Today this legacy of past industry sits within the South Downs National Park, designated for its natural beauty, wildlife and cultural heritage.

“The site needs a new role that makes best use of its unique characteristics and relates to the National Park’s purposes – to be regenerated as a place that is truly special and embodies values that will be both relevant and sustainable for a new era.

“The site offers exceptional opportunities for both nature and people as part of a visionary development proposal.”

Three of the option are listed by the authority as “mixed use scheme with employment” with options of 84, 240 or 400 new homes.

The final option is a “mixed use leisure-led scheme and 200 new homes”. The authority states that a mixed used development could include residential, commercial and leisure areas, as well as areas for wildlife.

Inside the cement works. Picture from Urban Lad Yorkshire

Tim Slaney, director of planning at SDNPA, said: “This is an early stage consultation and we’re seeking views about the site and its future from anyone with an interest.

“We hope that it will attract responses, not only from local communities and key organisations, but also from a broader audience.

“We believe Shoreham Cement Works represents a unique and exciting opportunity for an exceptional quality development that complements and celebrates the site and makes a positive contribution to the National Park. We look forward to the public having their say on the future of this important site.”

Aerial shot of the cement works. Picture from SDNPA

While the authority does not own the site, it will be drafting up an area action plan that will guide any future planning application from a developer.

One of the consultation days is being run by the Shoreham Society, a charity which promises to provide an “independent voice” for the town. The group want to provide people with an in-person consultation.

The group’s consultation day will be at the Shoreham Centre in Pond Road on Friday, June 17 at 6pm.

Following the eight-week consultation, which ends on August 2, SDNPA will prepare a “preferred option” document.