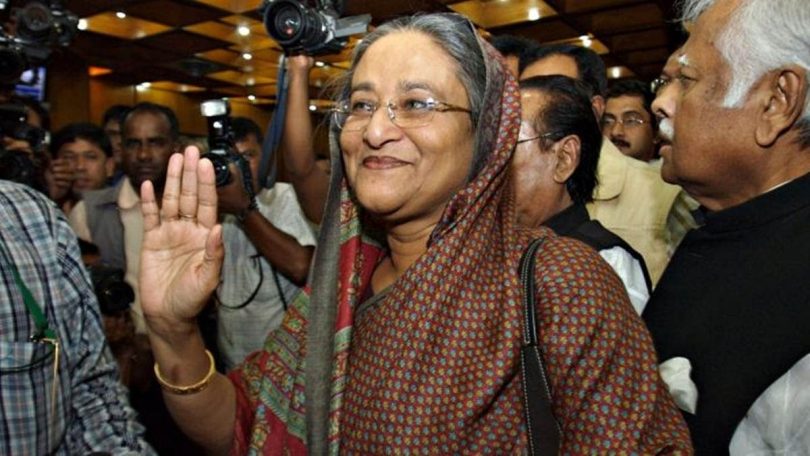 Almost ten years to the day after the World Bank withdrew its financing of the bridge over the river Padma in Bangladesh in 2012, citing “credible evidence” of corruption, Bangladesh Prime Minister Sheikh Hasina is inviting the Bank’s president as well as key Opposition leader Khaleda Zia, Nobel laureate Mohammed Yunus and other key figures who had opposed its construction to its inauguration on 25 June.

It’s not clear if all these important people will attend, but Hasina is clearly drawing attention to something else. That in the teeth of international pressure and domestic criticism, she has succeeded in creating a piece of infrastructure that will transform the lives of the people of Bangladesh.

It is on this determination that the 2023 election may even turn. Not just on the “bridge of pride,” which is how the Bangladeshis lovingly describe the Padma project, or the plethora of development initiatives that are being undertaken with the help of several nations — including India, China, Russia and Japan — but on the exhibition of a steely will to redesign Bangladesh that may enable Hasina to become Prime Minister for the fifth time.

Also read: Why Bangladesh is absolutely quiet when it comes to anti-Prophet remarks by BJP leaders

Story of the bridge

After the World Bank pulled out, the government decided to fully fund the two-level steel truss Padma bridge at a cost of $3.6 billion. Ordinary people donated 5 taka (Rs 4.2) and 10 taka (Rs 8.4) to an improvised Bridge Fund. A Chinese company won the contract and construction began in late 2014.

A visit to the bridge site last week by a group of Indian journalists, including ThePrint, demonstrates the incredible marvel of engineering that it is — 6.15 km long with 42 pillars that stand like enormous trunks in the choppy waters; a four-lane highway on the upper level and a single railway track on the lower level. This is the longest bridge not just on the Padma, but anywhere on the Ganga river, which originates in the Himalayas and whose progeny the former is.

More than anything else, the bridge has boosted the can-do spirit not just of the government, but of the people too. In 2020, according to the IMF, real GDP growth in Bangladesh fell to 3.5 per cent, but went up to 5 per cent in 2021; in contrast, real GDP growth for India in 2020 sank to -6.6 per cent, rising to 8.9 per cent in 2021. But as it emerges from the pandemic, Bangladesh is on course to outstrip the competition and exit from the least developing country (LDC) status by 2026.

Certainly, it has buried former US Secretary of State Henry Kissinger’s disparaging description of the country in 1971 as a “bottomless basket.”

According to the IMF, Bangladesh’s per capita GDP overtook India in 2020 – a remarkable achievement, even if India’s economy is ten times bigger and its population six times larger, both key factors in the calculation of per capita income – climbing steadily from being 50 per cent of India’s per capita in 2007, to 70 per cent in 2014 and levelling with it in 2020.

The comparison with Pakistan, from which it broke away in 1971, is even more staggering – Bangladesh’s per capita income is today 37 per cent higher.

The striking turnaround is certainly visible. Travelling through Dhaka and parts of Bangladesh last week, it’s clear that the grinding poverty, which Kissinger once so graphically described, no longer exists. This is true not just for the glitzy parts of the capital, like Gulshan, where international brands like Huawei, Farzi Café and the Marriott hotels compete for attention. Even in the old city, beyond the newspaper offices of Prothom Alo and The Daily Star in Karwan Bazar or the Jatrabari area on the outskirts of Dhaka, where thousands of people live cheek-by-jowl – it’s a bit like walking through the old parts of Kolkata – you no longer see emaciated figures doubling up as human beings.

“There is not one beggar in all of Dhaka,” Bangladesh information minister Hasan Mahmud expansively told the visiting Indian journalists in Dhaka over the weekend.

Whether or not the claim is true, Mahmud is certainly confident about his country’s economic prowess. Bangladesh introduced a certain flexibility in its labour laws when it became independent, which drove its shift towards industrialisation and reduced dependence on agriculture. Today, the textile industry contributes 20 per cent to the GDP — it accounts for 80 per cent of Bangladesh’s export basket – while the services sector follows a close second.

Women in the workforce are encouraged, alongside an NGO-government partnership focused on improving socio-economic parameters like infant and maternal mortality, health, sanitation and drinking water and education. Unlike in India, NGOs are not anathema.

But the politically astute Hasina is keenly aware that NGOs are not going to deliver the economic prosperity that aspirational Bangladeshis demand – and which is surely going to underwrite her bid to an unprecedented fifth term in power.

So, over the last 14 years, she has thrown open her nation’s doors to all colour of aid as well as investment. She has learnt the Sri Lanka lesson, which once sought to exclusively woo China, and has diversified the awarding of contracts to a variety of nations.

The Padma bridge was constructed by a Chinese company; the Rooppur nuclear power plant is being built by the Russians at a cost of $12 billion; the Maitree thermal project at Rampal is a 50:50 joint venture with India’s NTPC; the Dhaka metro is being built with considerable aid from Japan; a Chinese company is constructing the tunnel under the Karnaphuli river in Chittagong to connect with the Asian Highway; Dhaka’s revamped airport is being funded by the Japanese; a Chinese company will partially build the Payra sea port, while a Belgian company is dredging the 75-km-long channel at Payra.

Significantly, Hasina seems acutely aware of the geopolitics at play in her region. She knows it’s easy to be tempted by China’s economic miracle which pushed it to become Bangladesh’s largest trading partner in 2015, surpassing India. Time was when China and Bangladesh signed deals during Chinese president Xi Jinping’s 2016 visit totaling $13.6 billion.

So, in 2019, Hasina, soon after her visit to Beijing, announced that China could use the Chittagong and Mongla ports. A Chinese-built submarine base, which will house two Chinese submarines, is already coming up close by. It is well-known that Bangladeshi defence forces use Chinese frigates, fighter jets and tanks, making it the second largest buyer of Chinese arms after Pakistan.

But PM Hasina also knows that to become the undisputed queen of the Bay of Bengal, her destiny lies within South Asia.

So this April, she offered India the use of the Chittagong port so that Indian goods could traverse Bangladesh for intended use in the North-East, thereby cutting down both cost as well as time taken – the first experimental cargo had reached Tripura back in July 2020. Only last March, she and PM Modi had virtually inaugurated the Feni Bridge connecting Bangladesh with Tripura. Dhaka is now hoping to conclude a free trade treaty with India in the coming year.

It is now learnt that the Hasina government is cancelling the Chinese proposal to build the Dhaka-Chittagong railway. The penny seems to have dropped that the project is not economically viable. Moreover, Dhaka, is not believed to have taken kindly to China lecturing it not to join the Quad (there is no proposal so far) or participate in “bloc politics.”

So as PM Hasina juggles between the competing geopolitics of her region, three things are clear.

First, Bangladesh has been transformed into an economic success story, fifty years after it became independent. Second, Hasina is keenly aware that the route to the hearts and minds of her people – and victory at the 2023 polls – lies through economic prosperity. And third, the feisty Bangladesh PM is not averse to using the security establishment to keep tabs on civil society and the media in order to achieve the goal of a harmonious and prosperous nation.

Disclosure: The writer was part of a group of Indian journalists visiting Bangladesh last week on a trip sponsored by the Bangladesh government.

Jyoti Malhotra is a senior consulting editor at ThePrint. She tweets @jomalhotra. Views are personal.