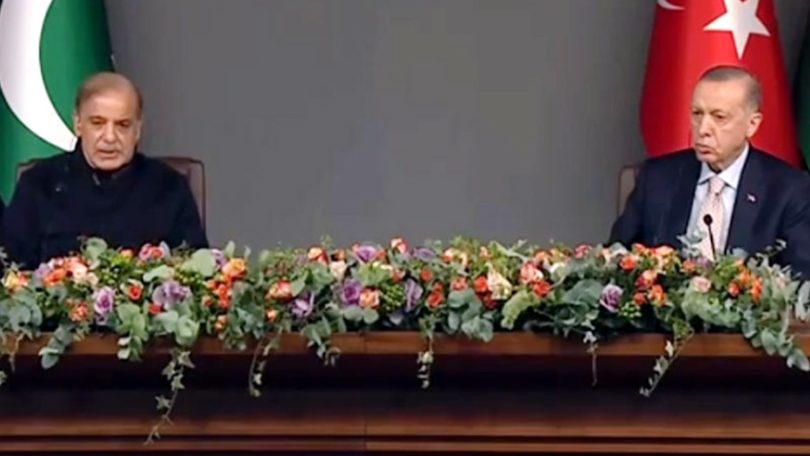 Prime Minister Muhammad Shehbaz Sharif and President of Türkiye Recep Tayyip Erdogan have reaffirmed their pledge to take the bilateral ties between the two countries to new heights with renewed cooperation in diverse fields.

Addressing a joint press conference in Istanbul after the successful launch of PNS Khaibar, the third of the four MILGEM corvettes for Pakistan Navy, at Istanbul Shipyard on Friday, the Prime Minister said that the relationships between the two countries are embedded deep into history and shaped by shared goals.

Citing the launch of the PNS Khaibar, the Prime Minister termed it a shining example of the excellent cooperation between the two countries in the defence sector.

He said Pakistan is ready to provide full cooperation for the elimination of terrorism.

Speaking on the occasion, President Erdogan said MILGEM is one of major projects of mutual cooperation which manifests our relations with the brotherly Pakistan in defense industry.

He said we will support Pakistan’s efforts against terrorism. Talking about the huge losses faced by Pakistan in recent floods, he said his country had sent humanitarian goods and medicines for the flood affected people.