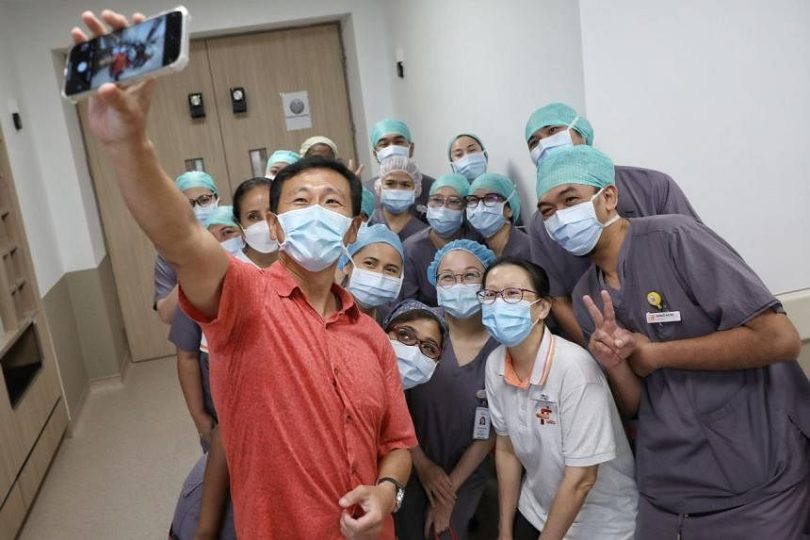 SINGAPORE – For Singaporeans, 2022 was when life mostly returned to normalcy but this was not so for healthcare workers. They had to deal with multiple waves of Covid-19 infections, said Health Minister Ong Ye Kung on Sunday.

“It was a very difficult year for the healthcare sector,” he told reporters at Sengkang General Hospital where he visited healthcare workers on the first day of Chinese New Year.

He said: “Looking back at last year… our society (became) more resilient towards Covid-19. And I think Singaporeans can find and feel that life went back to normal.

“But for healthcare workers, it was the most difficult year; they had to go through three infection waves.”

The three waves that hit the Republic involved sub-variants of the highly transmissible Omicron strain, with the first BA.2 wave peaking in March.

This was followed by the spread of the BA.5 sub-variant in June and July, then XBB in October and November.

“Thank you, especially for the last year, for all that you have done,” he said.

Prior to his arrival at Sengkang General Hospital, Mr Ong was at Changi Airport Terminal 3 with Dr Amy Khor, Senior Minister of State for Transport as well as Sustainability and the Environment Amy, handing out gift bags to point-to-point and taxi drivers, as well as airport staff.