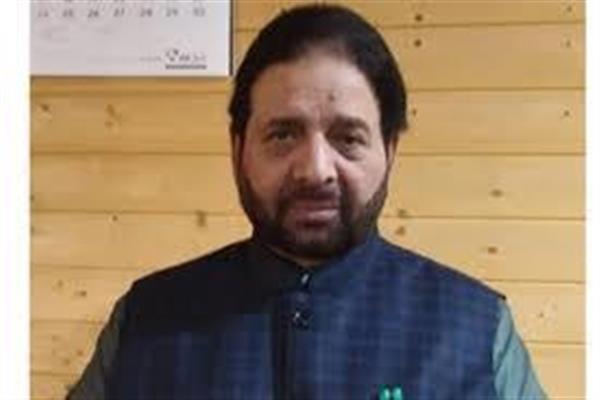 Srinagar, Aug 06: Saying that three most important tourist destinations of Doodhpathri, Tossamaidan and Yusmarg, nearer to Srinagar city and International Airport, were the victims of government’s negligence, Chairman People’s Democratic Front (PDF) Hakeem Muhammad Yaseen has urged the need for developing basic tourism development so that visitors do not face any difficulty during their stay.

In a statement issued on Saturday, Hakeem Yaseen expressed dismay over the “lackadaisical” approach of the government towards development of the tourism places of Doodhpathri, Tossamaidan and Yusmarg which are visited by thousands of nature lovers every day.

He said visitors often complain about poor tourist infrastructure at these tourist places.

He said, whatever little infrastructure was developed during the previous civilian governments, that too has been outsourced, which has further compounded the problems.

He said that there has been no addition to the boarding and lodging facilities adding that the number of hotel accommodation, lavatory blocks was the same as built about 10 years back.

Concerned Development Authorities of these three tourism places have failed to come upto expectations of the people especially nature lovers.

Hakeem Yaseen appealed to the LG Manoj Sinha to release special grants for developing A-class tourism infrastructure at Doodhpathri, Tossamaidan and Yusmar in order to cope with the ever increasing rush of visitors.

He said all the three virgin tourist places have tremendous potential for adventure tourism, winter sports, skiing and skating besides cable car projects.