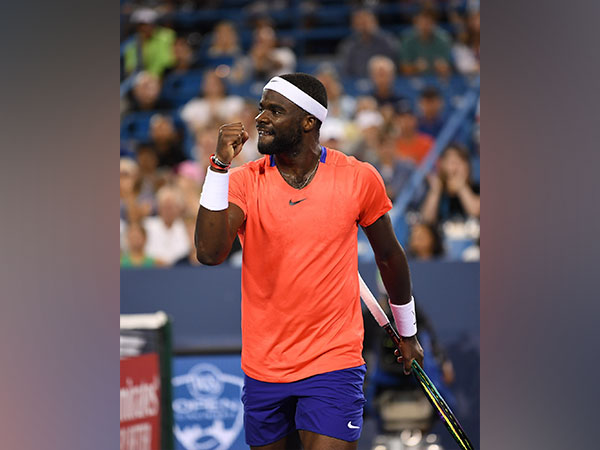 Sydney [Australia], January 3 (ANI): Victories from Jessica Pegula and Frances Tiafoe helped the United States beat Germany 5-0 in the Group C tie at the United Cup in Sydney on Tuesday.
Pegula’s commanding triumph gave the Americans a commanding 3-0 lead over Germany following victories by Taylor Fritz and Madison Keys on Day 5. On Day 6 of the United Cup, World No 3 Jessica Pegula defeated Germany’s Laura Siegemund 6-3, 6-2 to record her first victory of the year. Frances Tiafoe walked onto the court after Pegula and defeated Oscar Otte 7-5, 6-4 to give his country a 4-0 lead.
The US will complete Group C unbeaten after having defeated the Czech Republic in their opening tie as they move on to the City Finals to face Great Britain.
For Pegula, Tuesday’s victory was significant as it ended a four-match losing streak that started at the WTA Finals and marked her first singles victory since winning the biggest championship of her career at the Guadalajara Akron Open in October.
Pegula defeated Siegemund after a tense 7-6(6), 6-4 loss to Petra Kvitova in her season’s opening round. She did this by putting in a thorough and commanding baseline effort. In Pegula’s quick service matches, the German had trouble making any progress because Pegula won 75% of the points on her first serve and 79% of the points on her second serve. The American only dropped 10 points while serving.

Tiafoe played with freedom and assurance when he defeated Otte to further increase his country’s advantage after the tie was sealed.
The 24-year-old was dominant on serve in his maiden ATP head-to-head matchup against Otte, hitting nine aces and earning 97 per cent (29/31) of the points behind his first serve to win after 77 minutes.
After defeating Tomas Machac of the Czech Republic in his first match, Tiafoe has now earned two victories this season. The American finished 2022 with a 35-25 record, making the final four at the US Open as well as tour-level finals in Estoril and Tokyo.
In the mixed doubles match, Pegula and Tiafoe defeated Laura Siegemund and Daniel Altmeier 6-7(5), 6-4, and 10-7 to give the Americans a perfect record.
Pegula is getting ready for battle against Harriet Dart in singles during the City Finals match versus Great Britain on Wednesday. The City Finals champion will go on to play in the United Cup Final Four, which starts on Friday. (ANI)