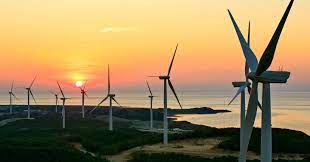 The Philippines is now a candidate in an international study that aims to estimate the actual cost for countries to transition to renewable energy by 2050, according to the Department Environment and Natural Resources (DENR).

DENR Secretary Maria Antonia Yulo-Loyzaga made the announcement last Monday in her video message during the Philippine Conference 2022.

“Bloomberg philanthropies, for example, and the UN sustainable energy team is inviting the Philippines to be one of the three countries that will now apply a method of calculating the cost of energy transition to net zero by 2050,” Loyzaga said.

Currently, she said countries are using estimates to project the expected cost of removing their dependence to traditional sources of power such as coal.

Last year, the Philippines partnered with the Asian Development Bank (ADB) to pilot an Energy Transition Mechanism, which aims to hasten the country’s retirement of its coal-plants by at least 10 to 15 years.

The Japanese government has committed US25 million for the seed financing of the said initiative.

Loyzaga stressed the importance of coming out with reliable information for the government to come out with responsive measures to reduce the causes and mitigate effects of climate change.

She noted among the priority measures of the government related to climate change is the creation of national risk registry, national resource geospatial base data, and updating environmental laws.