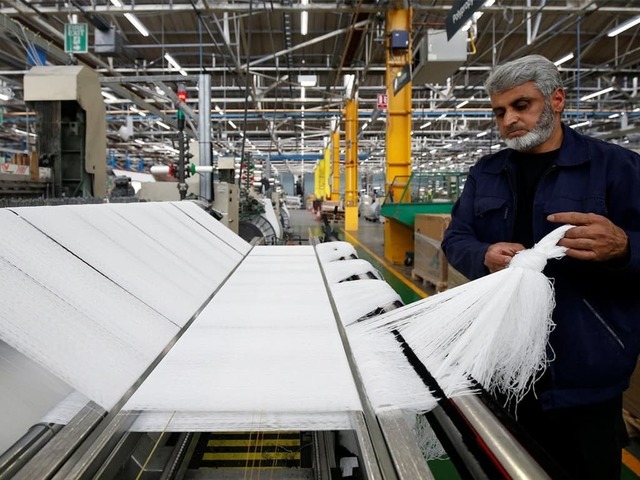 LAHORE: Pakistan Hosiery Manufacturers and Exporters Association (PHMEA) has expressed its serious concern over declining trend in textile exports, which has dropped by 1.34 percent to $5.941 billion during the first four months of July-Oct in current fiscal year against $6.021 billion of the same period of last year.

PHMA North Zone chairman Naseer But expressing the need for solid steps and consistency in policies, observed that value added textile exports should be increased to get rid of external debts, dictation of IMF and other international financial institutions.

He called for continuation of Duty Drawback of Local Taxes & Levies (DLTL) Scheme to ensure growth in country’s exports, besides releasing the stuck up claims of 2019-20 under this scheme.

The PHMA leader said the knitwear exports had registered a high growth during the previous fiscal year, as the DLTL scheme had proved to be a lifeline for value-added textile industry and a halt to it would result in closure of it, leading to export of raw material from the country without value addition. “The previous government had committed to continue the DLTL Scheme but could not fulfil its promise with this present regime also failing to re-launch this fruitful scheme,” he added.

He said that the knitwear industry is highly labour-intensive and the emerging textile economies like Bangladesh and Vietnam had registered stellar growth simply by supporting this industry.

Referring to the Pakistan Bureau of Statistics (PBS), he said that the country’s textile group exports witnessed a decline of 15.23 percent in October 2022 on a year-on-year basis and remained at $1.36 billion when compared to $1.6 billion during the same month of last year.

On a month-on-month basis, the textile group registered 11.13 per cent negative growth compared to $1.53 billion in September 2022.

He said the government and all the stakeholders should make decisions in the national interest with confidence. He said that value-added textile sector was not only a source of valuable foreign exchange for the country but also provides employment to millions of people.

He demanded that electricity and gas prices for the textile industry be maintained for next year to sustain the previous exports growth. The government should continue the regionally competitive power tariff for the export-oriented textile sector to sustain and uplift exports. These rates should continue till at least FY23 to bring the sustainability factor as the textile sector contributes significantly to overall national exports. If this sector gets no relief, that will ultimately impact the overall economy, he added.