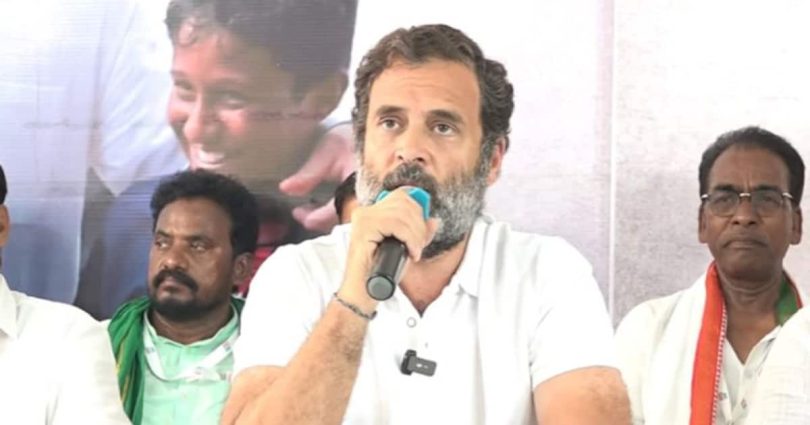 The Press Information Bureau, on Sunday, said the claims about railway privatisation were utterly false. The PIB Fact Check Twitter handle shared a screenshot of Rahul Gandhi’s tweet from Saturday, which claimed that 151 Indian Railways trains had been privatised. “This is absolutely false and totally baseless. The railways have not privatised any of their assets,” it said.

Rahul Gandhi, on Saturday, tweeted a video from his campaign and wrote, “Railways connect India, carrying 2.5 billion passengers per day and employing 12 lakh people. Railway, Pradhanmantri Ji, is national property. It should not be privatised. Make it stronger. Don’t sell it.”

Rahul Gandhi can be seen interacting with people on his Bharat Jodo Yatra in Telangana in the accompanying video. Some of them were railway union members who came to meet Rahul Gandhi to submit a memorandum opposing ‘railway privatisation.’

“When do they intend to do this? Is this something they’re already doing slowly?” questioned Rahul Gandhi. The member replied, “Yes, Sir.”

“Who do they give it to? Big corporations or small corporations?” asked Rahul Gandhi. As seen in the video, the union members said, “Big companies, sir. Private trains are already in use in India,” they added. “151 trains have been privatised,” one member said. The video then showed a 2019 newspaper headline.

The railway union members also said in the video that they met with Rahul Gandhi and explained the ‘privatisation’ of the railways to him. “We have never seen or heard of privatisation in the 170-year history of the Indian Railways. We are opposing the privatisation,” said one of the group members.