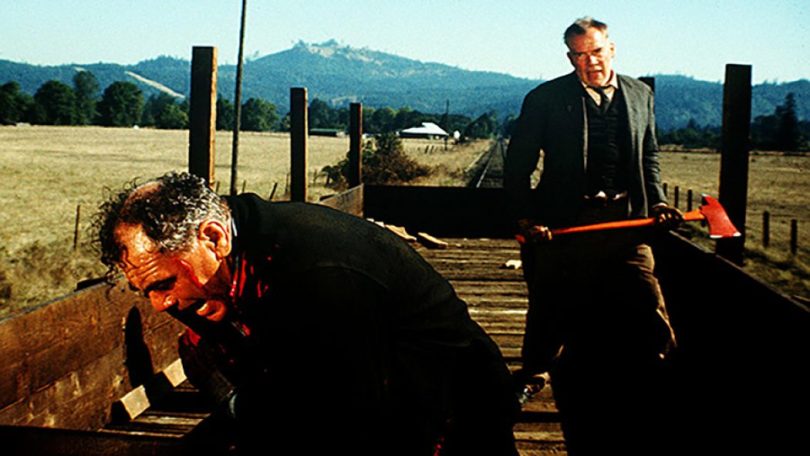 Trains have been entwined with the history of movies ever since one of the characters in 1903’s “The Great Train Robbery” shot his pistol right into the camera, sending audiences ducking for cover.

And this week, Brad Pitt and “Bullet Train” add to the tradition – and amp up the violence – when a Japanese train full of assassins fight it out over a mysterious briefcase in this darkly comic action thriller.

Test your knowledge of other films and filmmakers that have been working on the railroad all these live-long decades.

1.    This late director’s final two films were the 2009 subway train hijacking thriller remake “The Taking of Pelham 1 2 3” and 2010’s runaway train action flick “Unstoppable,” both starring frequent collaborator Denzel Washington. Who was he?

2.    In 1995’s “Before Sunrise,” Ethan Hawke meets Julie Delpy on a Eurail train and convinces her to disembark with him and spend one night together in what European capital?

3.    Alfred Hitchcock’s 1951 “Strangers on a Train” is train-free after its opening sequence, but what earlier 1938 thriller from the master of suspense takes place almost entirely on a European railway car?

4.    Which of these classic train films was nominated for the best picture Oscar: “Shanghai Express,” “Twentieth Century,” “Union Pacific” or “Von Ryan’s Express”?

6.    The 1926 Buster Keaton silent comedy classic “The General,” which flopped upon release, was based on a real-life incident during the Civil War where Union spies captured a Confederate train. True or false: Keaton’s “hero” is a southern engineer trying to seize it back for the Confederate side?

7.    Lauren Bacall and Michelle Pfeiffer both played the character of Mrs. Hubbard in the 1974 and 2017 film versions, respectively, of Agatha Christie’s “Murder on the Orient Express.” Who was older at the time of their film’s release?

8.    Clint Eastwood cast three real-life Americans, best friends since childhood, as themselves in 2018’s “The 15:17 to Paris,” based on the 2015 terrorist train attack they helped thwart. It was the fifth consecutive biographical film directed by Eastwood and the next after one involving another transportation-related near-disaster. What was the film?

10.    The 2011 sci-fi thriller “Source Code” repeatedly sends Jake Gyllenhaal into an eight-minute digital recreation of a train explosion to find out who caused it. The movie was directed by Duncan Jones, whose famous rock star father was also a well-known lover of train travel and who released a classic, more than 10-minute long single called “Station to Station” that begins with the sound of a train whistle. Name him.