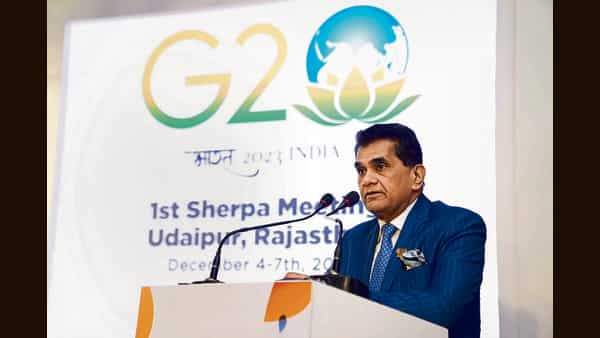 New Delhi: The planning meeting of the G20 Chief Science Advisers Roundtable (G20-CSAR) was held virtually on 20 January to discuss agenda topics and planning for the proposed high-level roundtables. Parvinder Maini, scientific secretary at the Office of the Principal Scientific Adviser, chaired the meeting. “One health, open access to scholarly scientific knowledge, emerging technologies, and scientific data Sharing were indicative sets of agenda topics for G20-CSAR during the meeting,” said the Office of Principal Scientific Advisor.G20-CSAR is a government-to-government level initiative conceptualised through India’s G20 presidency.

“The motivation of this initiative is to bring together the Chief Science Advisers and their equivalents of G20 member countries, as well as the invited countries, to deliberate upon and develop collaborative frameworks for some of the common pressing global science and technology (S&T) policy issues,” it added.

The G20-CSA roundtables are an effective platform to discuss and achieve solutions to some of the long pending as well as anticipated issues related to scientific research, technology development and deployment. The G20-CSAR initiative will complement and cross-feed into other working groups and initiatives under the larger G20 framework.

“By convening G20 Chief Science Advisers Roundtable, we would like to achieve an effective institutional arrangement to discuss global S&T policy issues which can evolve into an effective and coherent global science advice mechanism; and solutions to some, if not all, of the transboundary issues faced by the global S&T ecosystem,” Maini said.