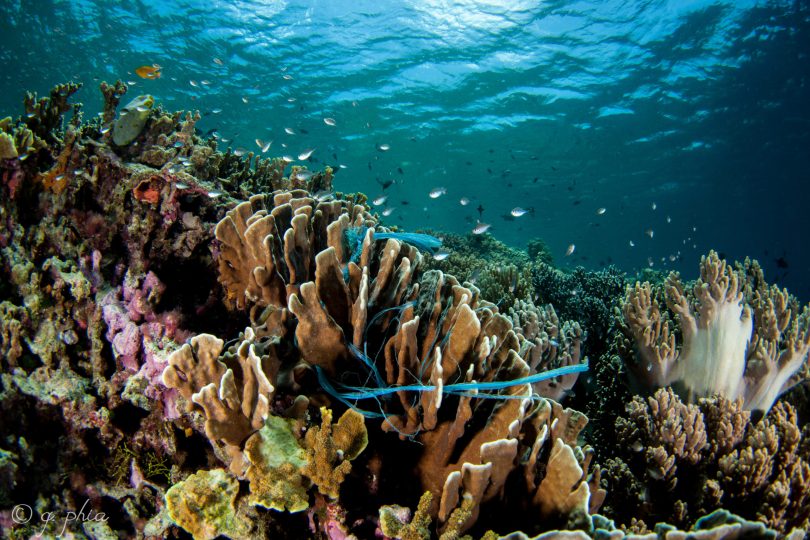 The relentless growth of demand for plastics driven by subsidies for fossil fuels, coupled with the failure of recycling and waste management systems to keep pace, has set a trajectory whereby plastics consumption will account for 20% of global oil and gas consumption by 2050.

“One million plastic bottles are consumed every minute,” Ecuadorian Environment Minister Gustavo Manrique Miranda told COP27 delegates at a United Nations (UN) Conference on Trade and Development on Thursday. “By the end of our meeting, the world will have consumed 60 million bottles.”

Plastics consumption quadrupled over the past 30 years

In the past 30 years, plastic consumption has quadrupled to reach 460 million tons in 2019. Global production of recycled plastics has more than quadrupled in this same period to 29.1 megatons per year, but this represents just 6% of global plastics production. The other 94% are ‘virgin’ plastics made new from crude oil or gas, according to the OECD.

Unrecycled plastics compound the environmental impacts of their production. Of the plastics that don’t get reprocessed and reused, 19% are incinerated, 50% end up in landfills, and 22% end up being burned in open pits, wind up in uncontrolled dumpsites, or scattered along roadsides, farmland or the waters of poorer countries.

“I don’t think the magnitude of the connection between climate and plastics can be overstated,” said Susan Garder, director of the ecosystems division at the UN Environmental Programme (UNEP).

“The world is trying to and must decrease emissions by 45% by 2030 to keep the dream of 1.5C alive, and we’re seeing plastics move in the opposite direction.”

Since its invention in the 1950s, the world has produced as much as ten billion tons of plastic, most of which still exists today. The gradual breakdown and dispersal of most of that plastic material over time has led to the shedding of chemicals and microplastics, which are now ubiquitous in the bodies of terrestrial wildlife, oceans and fisheries.

A 2021 report by the Food and Agriculture Organization (FAO) found that plastic contamination of farmland from single-use soil and plant coverings, tubing and other materials, poses an increasing threat to soil quality, food safety and human health.

On the seas, a recent Nature study found that the blue whales, which typically feed upon krill, may consume some 10 million pieces of microplastics a day, a taste of what other large fish like tuna and salmon are likely eating as well.

The fact that human exposure to plastic additives such as DEHP and Phthalates, used to soften polyvinyl chloride (PVC), leads to higher risks of cancer and hormonal disorders that cause reproductive health problems is well documented.

Along with its uses in waterproof garments and building materials, PVC is ubiquitous in healthcare settings where it is a key component of basic medical devices like IV tubes. Not only are the phthalate additives health harmful, but the production of PVC out of fossil fuel-derived ethylene, also generates considerable mercury emissions toxic to humans and to wildlife.

During the COVID pandemic, the healthcare sector, already heavily reliant on all sorts of plastics, doubled down on their use as single-use masks and protective gear became the norm for infection prevention, while pollution concerns were put on the backburner.

Studies of the health effects of broader classes of microplastics are still in their infancy, but early findings have triggered alarm bells in the medical community.

A 2020 study conducted by a team of Portuguese researchers linked plastics exposure to chronic inflammation and the development of neoplasms, or tissue abnormalities (neoplasia), that may be carcinogenic.

“Exposure may occur by ingestion, inhalation and dermal contact due to the presence of microplastics in products, foodstuff and air,” the report found.

“In all biological systems, microplastic exposure may cause particle toxicity, with oxidative stress, inflammatory lesions and increased uptake or translocation. The inability of the immune system to remove synthetic particles may lead to chronic inflammation and increased risk of neoplasia. Furthermore, microplastics may release their constituents, adsorbed contaminants and pathogenic organisms.”

And as microplastic pollution was detected in human blood for the first time in March of this year, with scientists finding the tiny particles in nearly 80% of the people tested, a review of 17 studies published in the Journal of Hazardous Materials in 2021 found evidence that ingested microplastics can trigger cell death, allergic responses, and damage to cell walls.

“We are exposed to these particles every day: we’re eating them, we’re inhaling them, and we don’t really know how they react with our bodies once they are in,” Evangelos Danopoulos, the first author of the review told the Guardian. “We should be concerned. Right now, there isn’t really a way to protect ourselves.”

Along with the direct effects of plastics on health, their proliferation is also destroying the ocean’s ability to absorb carbon.

Our oceans, like the Amazon Rainforest or Africa’s Congo Basin, are “carbon sinks”, Nicholas Hardman-Mountford, Head of Oceans and Natural Resources of the Commonwealth Secretariat explained at the COP27 side event.

Oceans absorb more carbon from the atmosphere than they release, making them critical to the balance of our climate, and any hopes of limiting the increase in temperature of the planet.

By 2050, projections show that our oceans may contain more plastics than fish. These will not only suffocate marine life, but also phytoplankton, the microorganisms at the heart of oceans’ abilities to absorb carbon dioxide, as forests and plants do on dry land.

As millions of tons of plastic break down in oceans across the world, the resulting microplastics infiltrate the phytoplankton, damaging their ability to carbon capture by blocking sunlight, and preventing the process of photosynthesis.

This “biological carbon pump” transfers about 10 gigatons of carbon from the atmosphere to the deep seas every year, according to NASA’s Earth Observatory.

“The oceans have taken up a third of the carbon dioxide we put into the atmosphere since the start of the Industrial Revolution,” said Hardman-Mountford.

“If we damage that carbon sink, we are just making the atmospheric problem even worse.”

Fossil fuel subsidies have taken center stage at COP27, and for good reason. These subsidies, amounting to some $5.9 trillion in 2020, are widely known to drive countries’ continued addiction to coal, oil and gas, but a crucial detail is often absent: they are artificially deflating the price of plastics.

Global fossil fuel subsidies almost doubled in 2021, and the International Monetary Fund projects they will continue to grow to 7.4% of GDP in 2025, up from 6.8% in 2020. Accordingly, the UNEP Emissions Gap report found that global emissions in 2022 likely broke the all-time record set by the world in 2019, leaving “no credible path” to keeping temperature rise under 1.5° C.

The World Trade Organization (WTO) has recently taken heed of the damage fossil fuel subsidies are doing to the climate, a shift attested to in their report on Trade and Climate released earlier this week at COP27.

WTO members have only just begun discussing the fossil fuel subsidy issue informally, with a small subset of 44 countries signing onto a statement calling for the phaseout of “inefficient fossil fuel subsidies”. But these subsidies are an important form of income support for the poor in many developing countries, and their reduction can, and has in the past, provoked civil unrest in the past.

Adding to the political complexity is the fact that the WTO rules are extremely lax on the kinds of fossil fuel subsidies that can be doled out to consumers.  However, the rules contain strict limitations on governments’ provision of subsidies to favor local manufacture of goods such as solar panels – since such subsidies are seen as discriminatory and thus a barrier to free trade.

In the past, for example, governments such as India that tried to invest in renewable energy by enacting “local content” requirements to jump-start the development of local green industries, as well as jobs and social benefits, lost cases in the global trade fora brought by rich countries such as the United States.

But paradoxically, by the same WTO rules, a government can invest in fossil fuel production deals with a big multinational to create a domestic fossil fuels industry – which generates long-term economic benefits in the form of cheaper domestic fuels along with income on exports for years to come.  So the built-in biases of trade rules, not to mention capital flows, still heavily favor fossil fuels development.

Plastics lost in the shuffle of free trade rules

Lost in the shuffle is the impact these free-trade rules also have on the production of plastics. Because plastics are produced from the by-products of both natural gas and crude oil refining, a subsidy for fossil fuels is a subsidy for plastics.

Like fossil fuels, the current boom in plastics consumption is being driven primarily by growth in emerging markets.  And without rectification of the basic economic incentives driving the subsidized production and use of plastics, consumer behavior is unlikely to change.

While environment ministers agreed in March to negotiate a treaty on plastics pollution, the negotiations will likely take years, and will not have an effect on market dynamics in the near-term.

“You have a very cheap product because the fuel is cheap. And why is the fuel cheap? Because it is subsidized,” said Aik Hoe Lim, director of the WTO’s Trade and Environment division.

“If the subsidies for fossil fuels do not change, the economics [for reducing plastics] don’t work out. Production will continue to flow unless this very basic economic question is addressed,” Lim said.

With the world hurtling beyond the 1.5C ceiling at lightning speed, any hopes of stopping at this target will depend on a reversal in the plastics boom. Otherwise, as panelists repeatedly noted, plastics will not only represent one-fifth of oil and gas production by 2040, but by 2050, plastics will represent one-tenth of the planet´s entire available “budget” of carbon emissions from all sources – including not only fossil fuels burning but also from food and medicines production, building construction, waste management, and other emissions-generating activities essential to life as we know it.

Combat the infodemic in health information and support health policy reporting from the global South. Our growing network of journalists in Africa, Asia, Geneva and New York connect the dots between regional realities and the big global debates, with evidence-based, open access news and analysis. To make a personal or organisational contribution click here on PayPal.