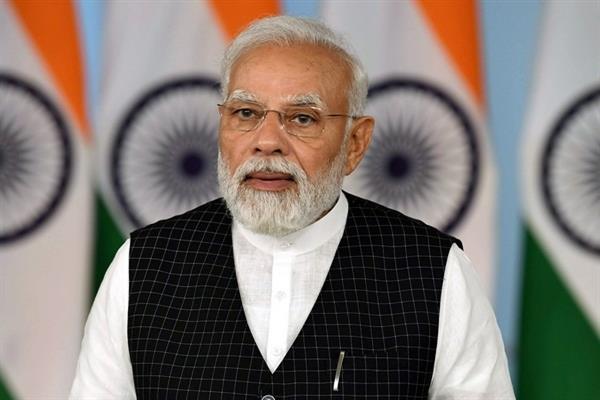 At a time when the job market globally is going through a tumultuous situation, Prime Minister Narendra Modi directed that 10-lakh people should be given jobs in the federal government in the next 18 months. It will have a tremendous positive impact on the economy of the country.

“PM reviewed the status of human resources in all departments and ministries and instructed that recruitment of 10 lakh people be done by the government in mission mode in next 1.5 years,” the Prime Minister’s Office (PMO) tweeted. Immediately stepping into action following this directive, the Ministry of Home Affairs tweeted, “In line with instructions of PM @narendramodi to carry out 10 lakh recruitments in all GOI Deptts & Ministries over a period of 1.5 yrs, Ministry of Home Affairs has initiated steps to fill up vacancies in Mission Mode.”

The media reports highlighted the prime minister’s focus on filling up vacancies quickly and to start the process within months.

Following this, every department and ministry had prepared a list of vacancies against the sanctioned posts.

It was reported that at a marathon four-hour-long meeting with all the central government secretaries in April, the PM had talked about the recruitment drive. PM Modi’s direction to expedite the filling of vacancies gains importance in the light of the opposition trying to turn “vacancies” and unemployment in general in the recently held assembly elections, particularly in Uttar Pradesh.

The review meeting happened more than two months after PM Modi suggested the secretaries of the central government to take immediate steps to fill up existing vacancies in the ministries and departments.

In another report, it was mentioned that during his meeting with the secretaries on April 2, the prime minister had stressed that employment should be the focus of all government interventions in public and private sectors.

The cabinet secretary had written to the secretaries and requested them to initiate immediate action on the prime minister’s suggestion.

According to the latest annual report of the Department of Expenditure on Pay and Allowances, the total number of regular central government civilian employees in position (including in the Union territories) as on March 1, 2020, was 31.91 lakh as against the sanctioned strength of 40.78 lakh and approximately 21.75 per cent of the posts were vacant.

The report said almost 92 per cent of the total manpower is covered by five major ministries or departments — railways, defence (civil), home affairs, posts and revenue. Of the total strength of 31.33 lakh (excluding the Union territories), the percentage share of the railways is 40.55, home affairs 30.5, defence (civil) 12.31, posts 5.66, revenue 3.26 and all other ministries and departments 7.72.

The total expenditure on pay and allowances (excluding productivity-linked bonus or ad-hoc bonus, honorarium, encashment of earned leave and travelling allowance) for the regular central government civilian employees, including the employees of the Union territories and missions, was Rs 2,25,744.7 crore in 2019-20 as compared to Rs 2,08,960.17 crore in 2018-19, as per media report.

According to the report, against the sanctioned strength of 10.16 lakh in central police forces, 9.05 lakh employees were in position as on March 1, 2020.

On the other hand, sustained push by the Indian government to infuse funds and give a fillip to the country’s economy has begun to bear results in spite of the huge setback and disruptions caused by the COVID-19 pandemic over the past two years.

Certain economic indicators such as job enrolments in the organised sector, rise in the number of new companies registered, growth of start-ups and rapid rise in the number of Unicorns in the country, a rise of employment opportunities in new sectors such as AI, cloud computing, data analytics, automation under IT/ITES clearly point towards an increase in creation of jobs in the country. (ANI)