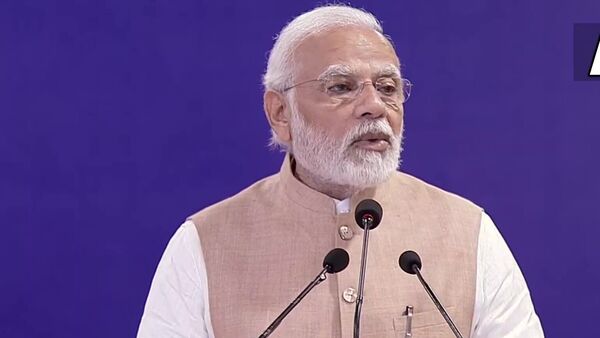 Prime Minister Narendra Modi on Thursday asked exporters and industry to set up long-term export targets and said export growth will help India transition from a developing nation to a developed one.

Speaking at the inauguration of Vanijya Bhawan and launching of the National Import-Export for Yearly Analysis of Trade (NIRYAT) portal, Modi said that the government has raised the export targets and has doubled its efforts to achieve the same.

The portal will also provide a public database on exports from states and will help break down silos and help the industry to take fast decisions, Modi stated, adding that the portal will also ultimately connect the government’s work on one district one export plan.

However, India’s trade deficit has surged to an all-time high. Exerting more pressure on the domestic currency, the trade deficit widened to $24.69 billion in May from $20.11 billion in April.

“We are also helping and emphasizing GI tagging to connect our farmers, weavers and our traditional products with the export ecosystem. For businesses, identifying new markets and manufacturing products after identifying their needs is very important for the progress of the country.

He further added that in the last eight years, India has also been continuously increasing its exports and achieving export goals.

Commerce and Industry Minister Piyush Goyal said that Vanijya Bhawan has been completed in less than the budgeted cost of 226 crores, adding that the Vanijya Bhawan will be made completely digital and will become a symbol of India’s growing power on the global platform.