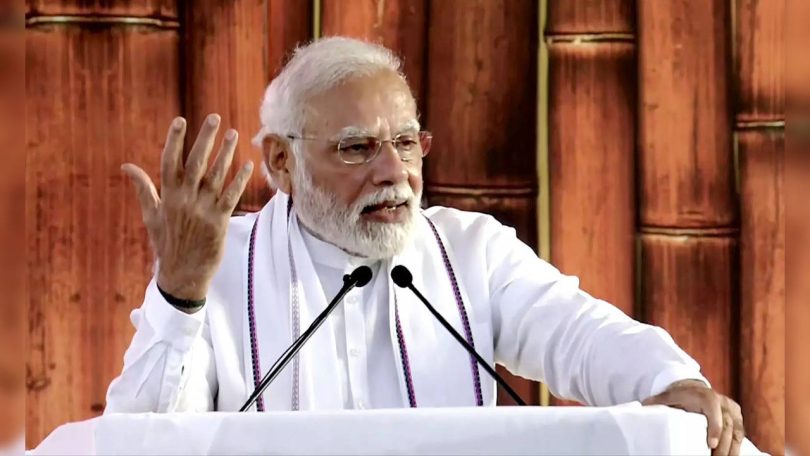 New Delhi: Prime Minister Narendra Modi will be attending the 14th BRICS (Brazil, Russia, India, China (PRC), and South Africa)Summit at the invitation of Chinese President Xi Jinping on June 23-24. The summit, which will be hosted in a virtual format by China, will discuss matters such as counter-terrorism, trade, health, and traditional medicine among others.
“Discussions during the 14th BRICS Summit are expected to cover intra-BRICS cooperation in areas such as counter-terrorism, trade, health, traditional medicine, environment, S&T and innovation, agriculture, technical and vocational education & training, and MSMEs,” the MEA said in a statement.

The meeting includes a High-Level Dialogue on Global Development with guest countries on June 24, the MEA further said. Earlier today, South African President Cyril Ramaphosa said that his country stands to gain a lot from the participation in the BRICS summit as it looks to rebuild the country in the wake of the COVID-19 pandemic.

“Through the reform of the multilateral system, including the United Nations, and by refocusing the attention and resources of the global community on the sustainable development agenda, the BRICS group can support a sustained and equitable global recovery,” he said, Xinhua reported.

The meeting comes at a time when the world is divided over the ongoing war between Russia and Ukraine. India and China have refrained from condemning Russia’s actions in Ukraine citing historic ties. Despite their identical diplomatic stand on Russia, New Delhi and Beijing have been caught in a months-long impasse along the Line of Actual Control (LAC). Despite military-to-military engagement and several rounds of diplomatic talks, the two sides have not been able to break the deadlock along the LAC.