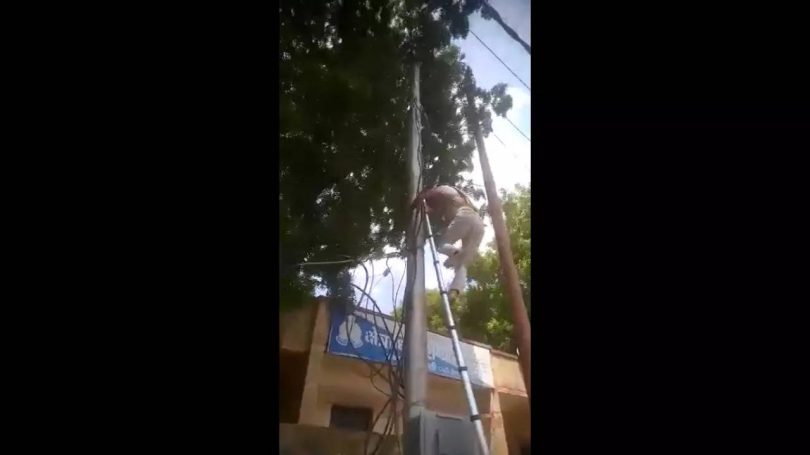 Shamli: Revenge is a dish best served cold and who would know it better than this lineman from Uttar Pradesh’s Shamli?

A few days ago, the traffic police punished the lineman for a violation by issuing a challan of Rs 6000, responding to which, the angry lineman’s team cut off the electricity connection of the police station for non-payment of their dues.

A video of Shamli’s Kasba Thana Bhawan is going viral on social media, in which electricity department employees are seen cutting the power connection of the police station from the electric pole outside the police station.

According to the information, lineman Mehtab, a contract worker posted at the powerhouse in Thana Bhawan, was fined Rs 6000 by the police on his bike at Charthaval Tirahe, which angered him and showed his anger by cutting off the electricity of the police station because of dues.

People are having a field day on social media following the viral event.

When the video was investigated, the contract worker lineman says that his salary is Rs 5000 and a challan of Rs 6000 was issued to him. He was coming after checking a faulty line on the bike and he was not wearing a helmet, the traffic police stopped him and asked for the helmet.

The lineman responded that I have come after seeing the power line, I will use the helmet from now on. But the police issued him a challan anyway, saying that the employees of the electricity department loot and send more bills, so if there are electricity workers, then the challans will definitely be deducted.

The lineman reportedly said that at the same time, the policeman let many people who were violating rules go in front of him without deducting the challan.