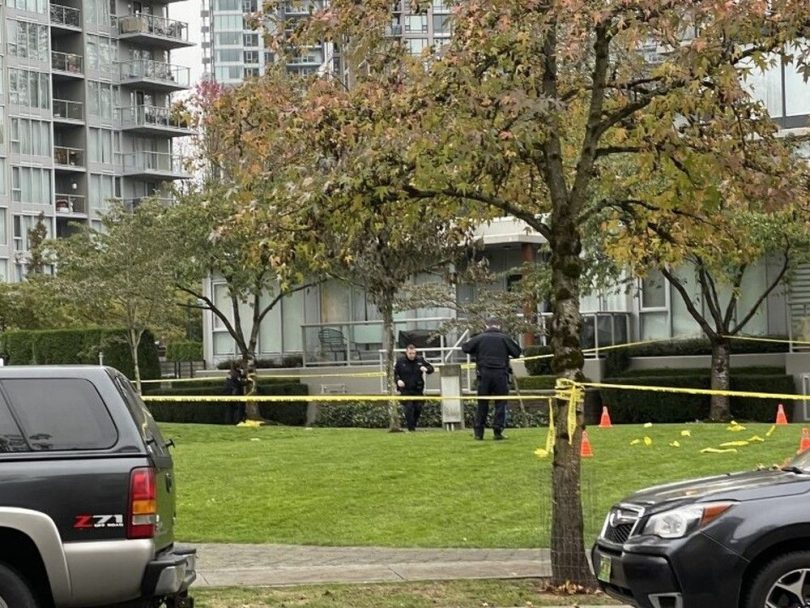 Police in Port Moody are investigating an early-morning shooting in the Klahanie neighbourhood Friday.

Investigators say at about 4 a.m., officers received reports of multiple shots fired in the 600-block of Klahanie Drive.

Police canvassed the neighbourhood and did not find any damage. There are no reports of injuries although photos from a resident shows what appears to be blood on the sidewalk between two investigating officers.

Police said numerous shell casings were found and forensics officers are now looking at the evidence.

Residents also reported hearing a vehicle speeding away from the area after gunshots were fired, according to police.

“Police are in the evidence-gathering phase of this investigation and would like to speak with anyone who may have witnessed the incident as well as anyone with CCTV or dash camera footage in the area” said Const. Sam Zacharias, a spokesperson for the Port Moody police.