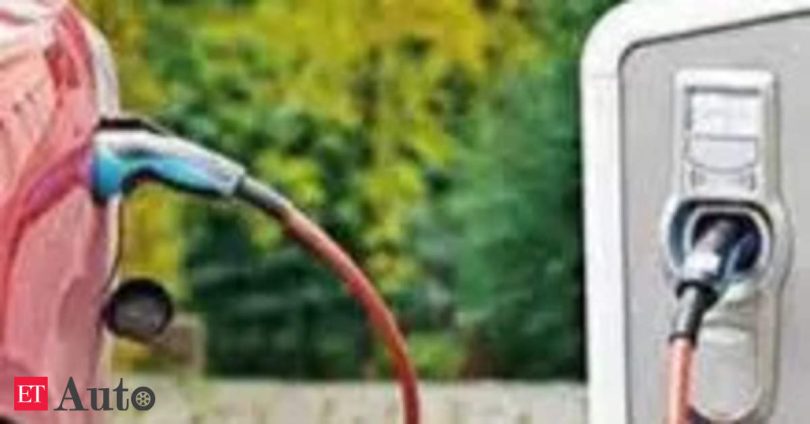 Ranchi: The Jharkhand government has decided to exempt cent per cent road tax and registration fee on electric vehicles manufactured in the state.

The move will help bring down the cost of EVs considerably for the buyers, promoting its sales. The offers have been mentioned in the first EV policy of state which was given a go ahead by the council of ministers on Wednesday. The policy will come to effect shortly after a gazette notification is issued.

Having adopted an ambitious solar policy in July this year, targeting 4GW of solar installation in five years, the state has given its nod to the EV Policy 2022 targeting 10% share of EVs in overall new vehicle registration by 2027.

Director, industries, Jitendra Singh, who has been looking after the drafting of policy and would also act as an enabler, industries department being the nodal agency for implementation of the policy, said in the pursuit of giving fillip to the shift from fossil fuel-based medium of transportation to the electric medium with zero emissions and carbon footprint, the policy tries to create a conducive eco-system.

Though an exemption from road tax and registration fee has been promised, there are certain conditions. The 100% exemption would be available to first 10,000 buyers of the EVs manufactured within the state. “The next buyers from 10,001 to 15,000 EVs would get exemption of 75% while buyer 15,001 till the expiry of policy period would get 25% exemption,” the policy document reads. The exemption of both road tax and registration fee would be 25% for all EVs manufactured outside the state and purchased in Jharkhand during the policy period of five years.

The idea to incentivise local manufacturing is aimed at developing an EV ecosystem within the state. “Jharkhand is home to an automobile industry where manufacturing of commercial vehicle began in early 1950s at Jamshedpur. More than 800 auto ancillary industries including auto components units have been set up subsequently at Jamshedpur and Adityapur to cater to the needs of automobiles companies. There is an inherent advantage associated for shifting to EV manufacturing,” an official in the industries department said.

Looking at the comfort and easy mobility in city life, the sale of two-wheelers is the highest, while the sale of four-wheelers is the lowest, as consumers are still apprehensive about the charging infrastructure, particularly on highways and in the outskirts.