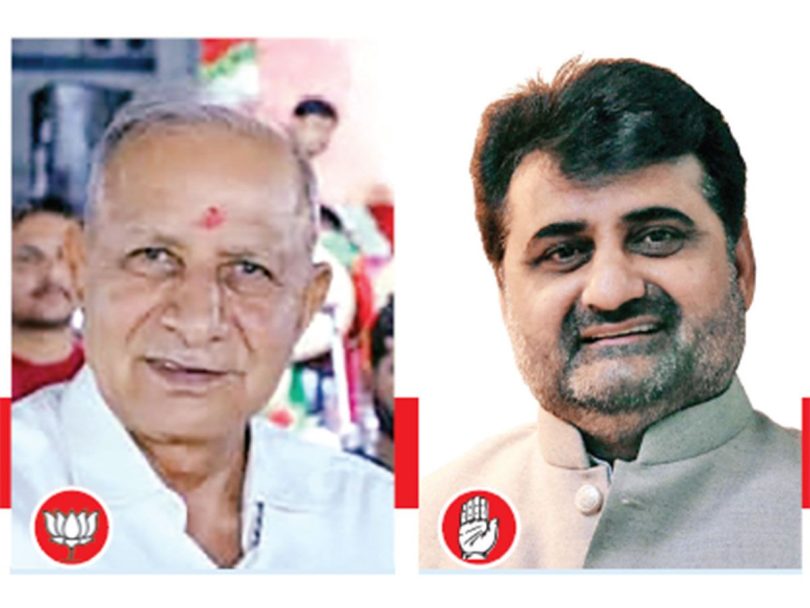 Babubhai Jadavji
BJP candidate
People of Vatva have faith in BJP and the developmental work done by Pradipsinh Jadeja during the last ten years. The issue of pollution is being addressed while the sewage facility is much more effective now. We have built party plots, gardens and RCC roads. BJP will emerge victorious under guidance of Pradipsinhji.

Balwantsinh Gadhvi
Congress candidate
Despite repeated representations, BJP has done nothing to control the rising menace of pollution in Vatva. Our organisation is working in the area and running a door-to-door campaign. If we come to power, the issues will be resolved. BJP has been in power for 27 years in Gujarat but has failed to resolve issues of Vatva.

Jadavji has been working in the organisation for 25 years. I have full faith in him and will campaign for him. He will win with a similar margin as I did.
Developmental works worth over Rs 1,000 crore have been done in the area in 10 years.

Winner
last time
Pradipsinh Jadeja of Former MoS (home) Pradipsinh Jadeja had won this seat with a huge margin of over 99,000 votes in 2017 Assembly elections. BJP had secured 61.81% votes while Congress 32.41%.

About Vatva
BJP has announced the name of Babubhai Jadavji, a ward pramukh, from one of its safest seats Vatva. He’s a lesser known name in the predominantly industrial area that has 20% Muslim and 10% Dalit population. Congress has fielded Balwantsinh Gadhvi.

The issues
Pollution, poor condition of roads, sewage, rise in sale of drugs and crime rate are causes of concern for voters here.

Hitesh Desai
service
Cleanliness and pollution are the biggest issues here. Even roads are not up to the mark. Pradipsinh Jadeja did a lot of good work in the area, but a lot needs to be done.

Arbazkhan Pathan
resident of Bibi Talav
I don’t know who the candidates are but I will surely vote for AAP’s candidate. No one has done anything for the area. The drug menace has played a major role in spurring the crime rate.

Shailesh Rabari
businessman
This area has seen development under Pradipsinh but a lot more is desirable. Roads and pollution due to mushrooming industries are key issues. It’s likely to be a tight race this time.