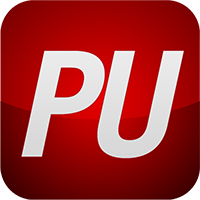 Triggered by a sharp decline in exports to Europe due to sanctions, Russia’s oil and gas major Gazprom is now looking to expand its market share in China through a massive increase in supply through eastern belts. The Russian energy major has already drafted long-term plans to increase gas supply to the Asian countries led by China and India and compensate for the decline in its energy export to Europe.

In his end-of-the-year address, Alexander Miller, Gazprom’s Chief Executive, highlighted a nearly 50 percent decline in the company’s natural gas exports this year to 100.9 billion cubic meters outside the former Soviet Union which, according to reports, stands at the lowest since 2000. Miller attributed the decline to a combination of factors including Russia’s reduction in pipeline flows to Europe following a series of sanctions imposed on Moscow after the latter invaded Ukraine in February 2022. Additionally, factories in Europe migrated to liquefied natural gas (LNG) to reduce dependence on Russian energy.

China is estimated to account for 40 percent of global gas demand growth which will contribute around 20 percent from the current levels. Aiming to benefit from the boom in China, Gazprom aims to ship up to 48 billion cubic meters of natural gas to Beijing very soon. To support the move, Russia’s President Vladimir Putin inaugurated last month the Kovykta gas field in eastern Siberia as a part of Russia’s energy pivot to Asia.

The project which will take some time to complete is proposed to supply gas to China. This field has proven reserves at 1.8 trillion cubic meters and is the largest in eastern Siberia discovered so far. In addition, to meet the energy needs of China, Gazprom’s gas supply will also compensate for the decline in gas shipment to European countries and enhance the potential to strengthen socio-economic ties with China.

Russia boosts gas supply to Asia
For Russian energy, Asia has become a priority export destination after severing ties with Europe. In Asia, however, China continues to play a leadership role. Beijing has become the biggest client for Russia with India as a close second. Energy supply to Asia lags behind the political engagements that started over a decade ago.

Now, the entire world is monitoring Russia’s steps to cope with import limitations imposed by the European Union which impacted energy production and consumption in Europe. With the Russian economy remaining heavily dependent on energy exports, the slowdown in European offtake is estimated to have impacted the overall Russian economy. Also, energy prices shot up sharply on account of a supply shortage from Russia, affecting thereby the affordability of companies across the globe.

Meanwhile, experts have cited another reason for Russia’s focus on eastern Siberian oil and gas fields. According to analysts, currently most of Russia’s oil and gas are coming from western Siberia, which is not immune from natural depletion. Western Siberian fields are mature ones while deposits in eastern Siberia are yet to be explored. Russia is strategically shifting its focus from the west to the east which symbolically reflects the political shift in the same direction. A few years ago, Rosneft announced the biggest project in its history – Vostok in a similar fashion.

In fact, Vostok Oil in Russia’s Far East consists of several groups of oil fields holding an estimated 44 billion barrels of crude. Russia began work on this project in January 2021 with an estimated total development cost of US$170 billion over the lifetime of the oilfields. Unfortunately, the western sanctions affected Rosneft’s plans for the Vostok project, with Rystad Energy forecasting that the Russian oil and gas investments may drop by US$15 billion in 2022 and will continue falling over the next few years. To prove the forecast true, Trafigura which had bought a stake in Vostok earlier, sold it after the sanction action began, to a Hong Kong trader, Nord Axis.

GAIL fears LNG supply disruptions
India’s public sector gas importer GAIL India Ltd feared supply disruptions of LNG from Gazprom for at least 12 months from now due to a sustained decline in supply over the past few months. Anticipating this situation, GAIL India has started exploring alternative sources to meet the deficit. The supply constraints, which have cut off almost 20 percent of all gas supplies, will continue to persist for some time, a company official was quoted as saying. The official further said that the company continues to face a shortfall of 8.5-9 million standard cubic meters per day (mmcmd).

India has started taking to restore the gas supply from Moscow. In fact, the long-term 2.4 million tonnes per annum LNG contract was paused way back in May because of technical challenges, incidentally after Gazprom lost control of its German subsidiaries after the Ukraine war.