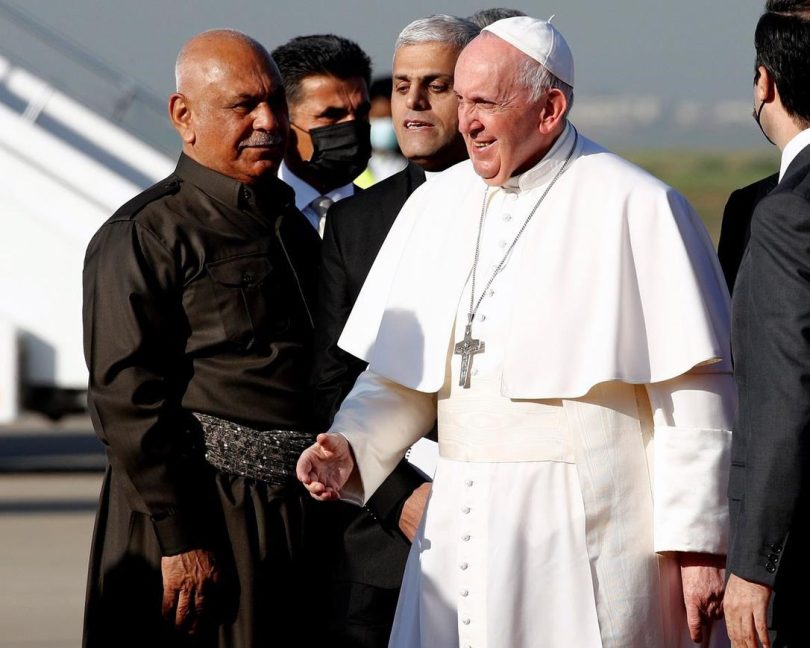 VATICAN CITY: Pope Francis will become the first pontiff in history to visit Bahrain, in a trip this week that is hoped will cement ties with Islam but is also marked by accusations of human rights abuses in the Gulf state.
The Thursday-to-Sunday visit — the 39th international trip of Francis’ papacy — comes three years after his historic trip to the United Arab Emirates in 2019, where he signed a Muslim-Christian manifesto for peace.
But some human rights groups now hope Francis will press Bahrain’s Sunni leader, King Hamad bin Isa Al-Khalifa, to halt repression against Shiite Muslims, though the rights record of neighbour Qatar has drawn more attention in recent months ahead of the World Cup.
The Argentine pontiff, 85, has made outreach to Muslim communities a priority during his papacy, visiting Middle Eastern countries including Egypt in 2017 and Iraq last year while pledging interfaith dialogue with leading Muslim clerics.
On Friday, Francis plans to meet with Sunni Islam’s highest authority, Sheikh Ahmed al-Tayeb, the grand imam of Cairo’s prestigious Al-Azhar mosque and centre of Islamic learning, at Sakhir Palace in the centre of the country.
—Agencies