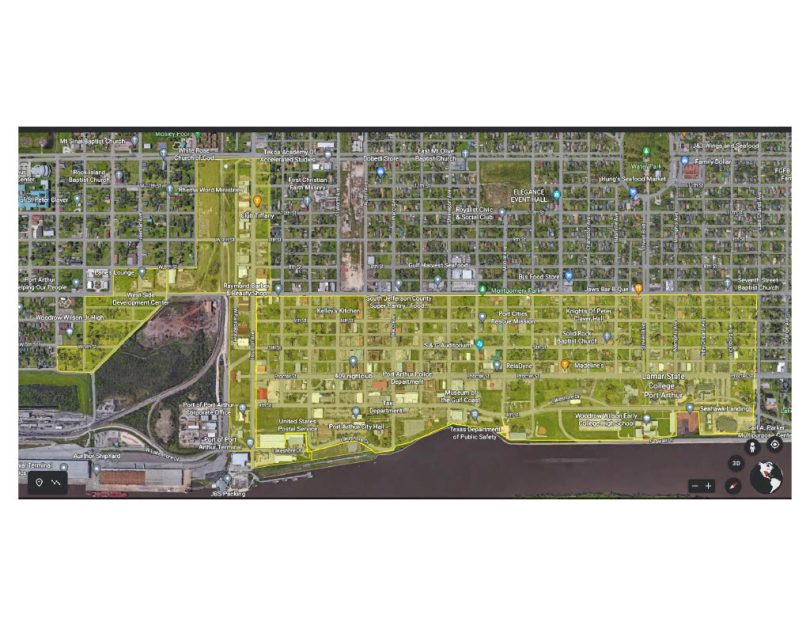 Port Arthur is looking to help grow the presence of two of its economic drivers: multiple ports and the downtown area.

To further that mission, the city’s Tax Increment Reinvestment Zone board, which is in charge of the city council-created zone that helps attract new investments to the area, will expand the zone’s boundaries to cover a bit more of those aforementioned spots.

The current boundaries extend along Rev. Dr. Ransom Howard Street and Lakeshore Drive to the north and south, respectively, as well between Lake Charles Avenue and Houston Avenue on the east and west, respectively.

The revised boundaries would expand to include the city’s port terminal and development center near Lane’s Lounge, southwest near the intersection of Fifth Street and Abe Lincoln Avenue, as well as extending a northwest to the intersection of Thomas Boulevard and Joe Louis Avenue near Club Tiffany’s and Sabine Universal Products.

“We’re networking with all the entities. We’re all coming together and collaborating on different projects,” said District III Council member and reinvestment zone chairman Thomas Kinlaw III. “Now we have an opportunity to pool our money and get a lot of these projects done together.”

“All your downtown areas, your major cities downtown, most of your business is going to be done (there). You want to be able to be connected to the web and Internet at all times to conduct business. So, we just want to move into the future with our opportunities with all these TIRZ improvements,” Kinlaw said.

Jefferson County Commissioner Michael Sinegal, who also serves on the TIRZ board, said he hopes the new boundaries open up more shipping and intracoastal dock space in Port Arthur. That way, the city can help alleviate a backlog of cargo ships seen at places like Port of Houston and elsewhere.

“The backlog that we’re seeing across the world, not just the nation … is causing delays in merchandise being shipped because they’re sitting out in the middle of the ocean right now,” Sinegal said.

Kinlaw said the reinvestment zone board also is looking to address erosion and building repairs.

In all, he said it’ll take a couple years to complete the full gamut of projects but expects projects like improving downtown Internet access to be done in the next six months or so.