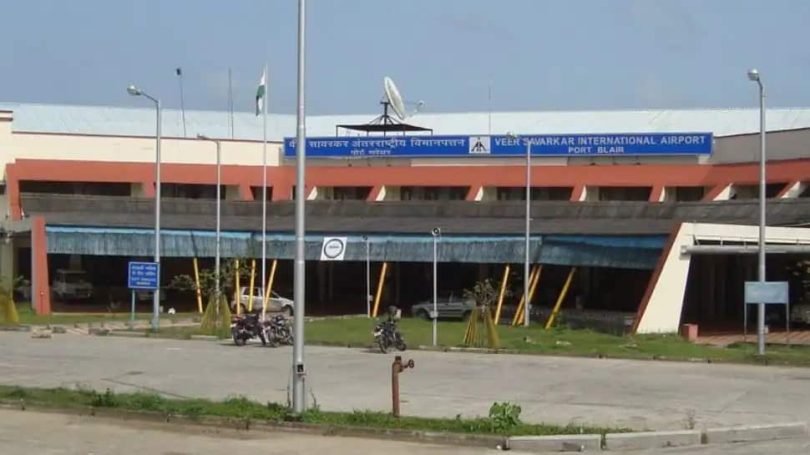 Planning a trip to Port Blair in the upcoming weeks? ALERT passengers! The capital city of Andaman and Nicobar Island, Port Blair will close airport operations for several days until March 2023. A few days ago, the Port Blair airport announced the closure of airport operations from November 15-18 via its official Twitter handle. The closure has been announced considering the scheduled runway maintenance work of the airport. The Veer Savarkar International Airport in the Union Territory has a single runway. Hence, all flight services will remain cancelled to conduct maintenance work in order to ensure the safety of passengers.

The Port Blair airport is the only public airport and offers major connectivity in the region. It is located at a distance of 1255 km from Kolkatta, 1200 km from Visakapatnam, and 1190 km from Chennai. The Andaman and Nicobar Islands are known for their beautiful beaches and mesmerizing local flora and fauna. Tourists from within the country made up 93 percent of the total visitors, while 7 percent of tourists are from abroad.

Also read: THIS state to get its first greenfield airport, PM Modi to inaugurate on November 19

Further, to facilitate easy aircraft movements and ensure passenger safety, Chhatrapati Shivaji Maharaj International Airport (CSMIA) in Mumbai successfully completed the post-monsoon runway maintenance work in October. Both runways—RWY 14/32 and 09/27—were being built between the hours of 1100 and 1700. After six hours of work, the CSMIA resumed regular business operations. This routine annual runway repair is done to improve the airport’s operating effectiveness.