The Port Commission of the Port of Houston Authority met on Tuesday, December 6, for its last regular meeting of the year. Chairman Ric Campo opened the meeting by expressing his appreciation to all involved for Port Houston’s “amazing year.”

Chairman Campo stressed the imperativeness of “getting the message out to the community” about the importance of Port Houston as an essential economic engine to the region, state, and nation, providing the capacity to deliver more cargo, “which means more jobs and a more robust economy.” 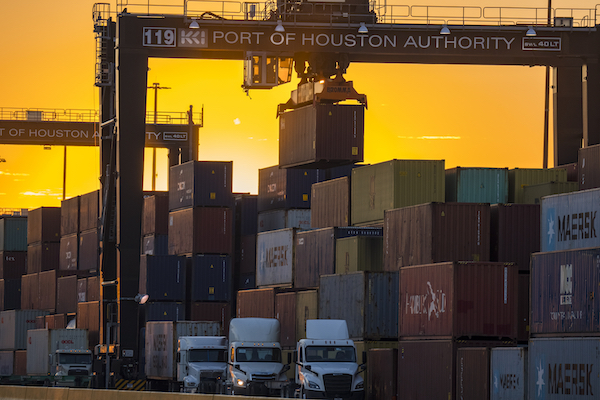 Chairman Campo also expressed his appreciation to community advocates for their continued interest in Port Houston. He assured them that the Port Commission and staff “listens intently” to their interests and concerns, including close consideration in Port Houston’s Sustainability Action Plans.

In support of Port Houston’s corporate goals as envisioned by the Port Commission, the Chairman proudly announced publication of the 2022 updates to its Environmental, Social, Safety, and Governance (ES2G) Report. The ES2G Report outlines Port Houston’s initiatives, action plans, and goals in all four areas.

“It’s a journey, not a destination,” Campo said regarding the report, underscoring Port Houston’s commitment to lead, partner, or support sustainability efforts. In line with that commitment, he also announced its forthcoming participation, along with other agencies and organizations, in a Small, Minority, and Woman-owned Business Enterprise Summit, to be held in January of 2023.

Executive Director Roger Guenther opened his remarks by leading an ovation with staff for the Port Commission’s “leadership and guidance” of another successful year at Port Houston. While it was a bit too early for a cargo volume report for the full year of 2022, he could emphasize that Port Houston is “doing the right thing for its continued investments, to be prepared for continued growth.”

Among other actions, in line with its commitment to sustainability, the Port Commission awarded a contract to the Houston Audubon Society for the monitoring and management of waterfowl on two islands near Port Houston’s container terminals.

The Port Commission will next meet on January 26, 2023 for its first regular monthly meeting.
Source: Port Houston