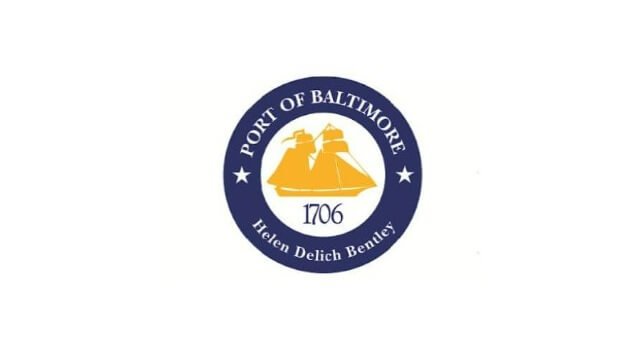 Maryland’s Helen Delich Bentley Port of Baltimore has been added to an existing international container service with the Mediterranean Shipping Company (MSC) that will include port visits between Asia and the Panama Canal as well as the U.S. and the Suez Canal.  The MSC Santana service will now include port calls in Baltimore and Boston, as well as Da Chan Bay Port in China.  The first sailing under the new schedule will leave the Port of Haiphong in Vietnam onboard the MSC Ellen on July 15, 2022.

“The international maritime shipping industry continues to speak loudly and favorably about the convenience, service, and reliability of Maryland’s Port of Baltimore,” said Governor Larry Hogan. “Mediterranean Shipping Company was the first container shipping company at the Seagirt Marine Terminal and now it has added another service in Maryland at a time when we’re heavily investing in infrastructure upgrades at the Port.”

“Maryland’s Port of Baltimore and its outstanding work force have fueled the state’s economic rebound from the pandemic,” said Maryland Department of Transportation (MDOT) Secretary James F. Ports, Jr. “The investments we and our partners are making at Maryland’s Port create good-paying, family-supporting jobs, and this new service will add even more to our overall economic impact.”

“MSC is one of the top container shipping companies in the world and a great partner of ours,” said Maryland Port Administration- Port of Baltimore Executive Director William P. Doyle. “We love the around-the-world services with the Port of Baltimore in between the Asia-Panama Canal and U.S.-Suez Canal routes. With our infrastructure and incredible supply chain network, there’s no better port in the country right now for handling containers than Baltimore.”

There is a need for utilization of more gateways such as Baltimore to land cargo in the United States.  Import/export demand for containerized cargo has substantially increased over the past year. With that demand, port congestion is an all-time high. Baltimore is a prime gateway for goods heading to the ecommerce market and for cargo sent to the Midwest via rail. Maryland’s Port has handled more than 50 “ad hoc” ship calls during the recovery stages of the pandemic – vessels diverted to Baltimore that were not on a regularly scheduled service call.

Maryland’s Port of Baltimore has begun to put into operation four additional supersized, Neo-Panamax container cranes.  The cranes are part of a $166 million investment made by Ports America Chesapeake (PAC) at the Seagirt Marine Terminal and are serving the new second deep-water berth.  Having an additional deep berth allows the Port to serve supersized cargo ships simultaneously.

The new Seagirt berth and cranes complements the CSX-owned Howard Street Tunnel expansion project which will allow for double-stacked container rail cars, clearing a longtime hurdle for the Port and giving the East Coast seamless double-stack capacity from Maine to Florida. The project involves clearance improvements in the 127-year-old tunnel and at 21 other locations between Baltimore and Philadelphia. With the tunnel expansion project, Baltimore will be able to send double stacked containers by rail into the Ohio Valley and onto Chicago.

The Howard Street Tunnel project got underway in November and is scheduled to be completed in 2025.   The Howard Street Tunnel project benefits from public-private investment from the federal government, Maryland, CSX, and others, and is expected to increase the Port’s business by about 160,000 containers annually. It will also generate about 6,550 construction jobs and an additional 7,300 jobs from the increased business.

Maryland’s Port of Baltimore generates about 15,300 direct jobs, with nearly 140,000 jobs overall linked to Port activities. The Port ranks first among the nation’s ports for volume of autos and light trucks, roll on/roll off heavy farm and construction machinery, and imported gypsum. It ranks 11th among major U.S. ports for foreign cargo handled and ninth for total foreign cargo value.


The products and services herein described in this press release are not endorsed by The Maritime Executive.