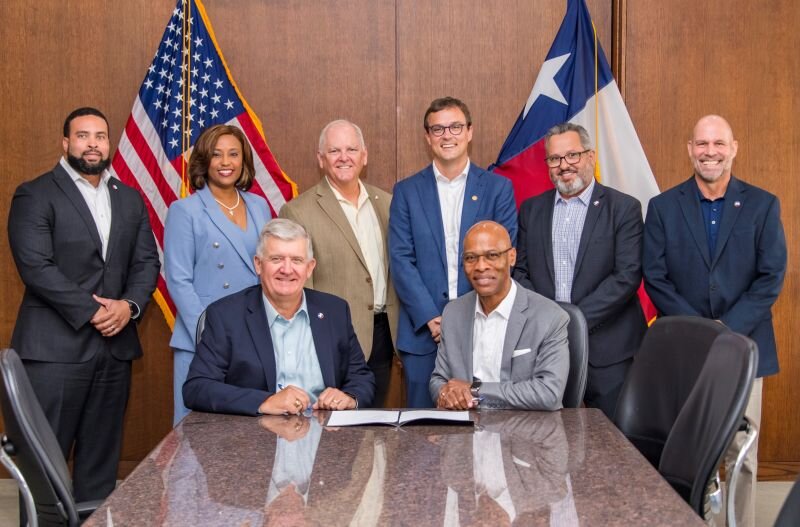 Port Houston and Shell have signed a Memorandum of Understanding (MoU) to explore key energy, mobility, and decarbonisation projects to be implemented at the port’s terminals.

Under the partnership, parties will identify new technology and infrastructure opportunities toward a significant emissions reductions at the port.

“We have big goals at Port Houston, but we cannot do it alone,” said Roger Guenther, Port Houston Executive Director.

“The Port Houston team has arranged strategic relationships with several key companies that can help drive us toward our sustainability goals.

“We will achieve more by working together, and our relationship with Shell is an exciting step forward on our path to carbon neutrality.”

The partnership follows Port of Houston’s agenda to meet its strategic goals in the areas of sustainability, resilience, and carbon reduction.

Earlier this year, the port announced its goal to be carbon neutral by 2050 and plans for upgraded technology, improved infrastructure and equipment, and development of alternative fuels and clean energy sources.

The port’s Sustainability Action Plan identifies 27 initiatives on which to lead, partner, or support, and the agreement with Shell is one of several recently finalised to move forward on those initiatives, according to the port authority.

“Building upon our relationship as Port Houston’s renewable energy supplier, we are excited to help it reach its goal to be carbon neutral by 2050.”

Port Houston recorded its biggest July ever for containers, marking the sixth month of double-digit growth this year.

Total volume in July was 328,498 TEU, a 10 per cent increase over the same month last year and the fourth-biggest month ever at the port for container volume.