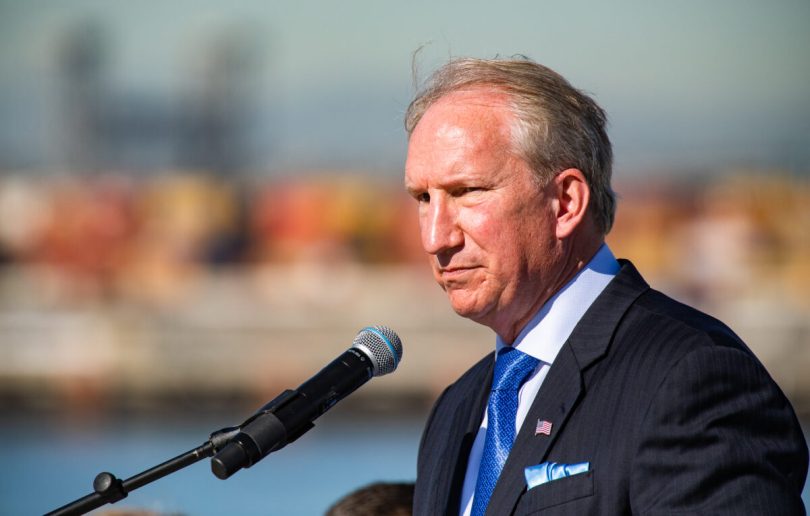 The number of cyber intrusions directed at the Port of Los Angeles has doubled since the beginning of the COVID-19 pandemic, reaching 40 million each month, according to Executive Director Gene Seroka.

Intelligence shows the threats are coming from Russia and parts of Europe, Seroka told BBC July 22.

“We have to stay steps ahead of those who want to hurt international commerce,” he said.

The cyber intrusions include phishing, malware, and other attempts to breach the port’s systems.

“The past two years have proven the vital role that ports hold to our nation’s critical infrastructure, supply chains and economy. It’s paramount we keep the systems as secure as possible,” Seroka said.

In response to the increase in cyber threats, the port launched a first-of-its-kind Cyber Resilience Center in January to improve readiness. The system is operated by International Business Machines (IBM) to allow the port and outside companies involved in the supply chain to collect and share signs of threats with each other automatically.

“We’ve gone from the cybersecurity Operations Center to a Cyber Resilience Center, which for the first time brings the private sector in under the FBI’s [cyber watch] program,” Seroka told Bloomberg in March. “If someone gets impacted, they can share that data and we can synthesize it across the port community. We’ve got to now scale that nationwide.”

None of the cyber attacks have succeeded, Port of Los Angeles spokesman Phillip Sanfield told The Epoch Times.

The twin ports of Los Angeles and Long Beach continue to sort through container backups following a deluge of imports during the pandemic. The ports remain the busiest seaports in the Western Hemisphere, processing about 40 percent of seaborne imports and 22 percent of seaborne exports nationwide each year.

At its peak, a record 109 ships waited to offload cargo at the port complex in January. That number had dropped sharply to only 21 ships July 29, according to the Marine Exchange of Southern California.

The port expects imports to remain strong as deliveries of back-to-school items, fall fashions, and holiday goods start to arrive during the second half of this year, according to Seroka.

“Even though some retailers have high inventories and may look to discount goods, I expect imports to remain strong though tapered, versus last year,” Seroka said July 13.