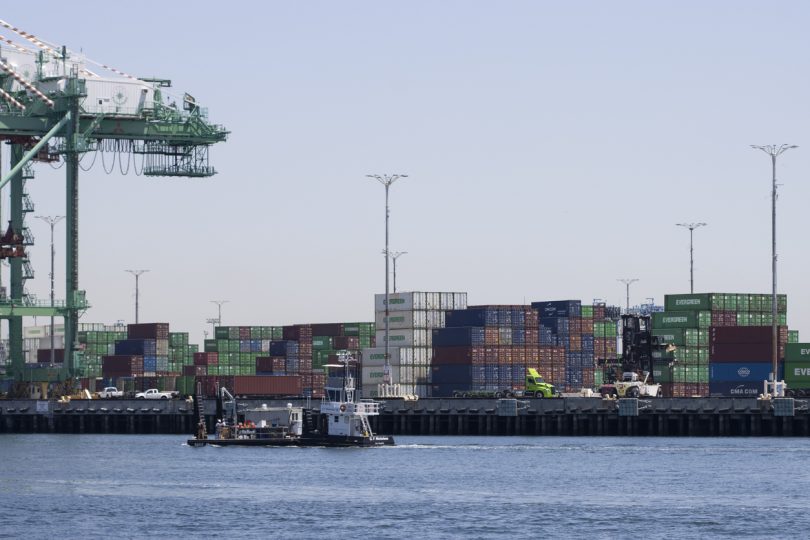 The Port of Los Angeles has announced the release of $5 million in voucher incentives for zero-emission trucks to operate at the port.

This marks the first in a series of incentive programs that will be funded by the port’s recently enacted Clean Truck Fund (CTF).

“As we continue to move record cargo, the need for zero-emission solutions has never been clearer – and working in partnership with the California Air Resources Board, we will continue to forge ahead with our work to clean our air and accelerate our transition to zero-emission technologies.”

Last November, the Los Angeles Harbor Commission authorised the collection of $10 per TEU from cargo owners on loaded containers entering and exiting the port.

The port said funds will be used for zero-emission trucks and infrastructure incentives. Collection is expected to generate about $45 million annually.

“We’re pleased to start investing the Clean Truck Fund dollars that we’ve been collecting since April and use them toward a zero-emissions future,” said Port of Los Angeles Executive Director Gene Seroka.

“This is the first of many funding initiatives that the Port of Los Angeles has planned as we help begin the transition to the cleanest trucks in the world.”

The CTF Rate is part of the San Pedro Bay Ports Clean Air Action Plan goal of 100 per cent zero-emission drayage trucks by 2035.

Launched by the California Air Resources Board, HVIP is part of California Climate Investments.

Funding is administered by CALSTART, the current HVIP administrator, on a first-come, first-served basis through the existing HVIP voucher request process.

Voucher requests for this $5 million will follow HVIP requirements.

The first trucks are expected to begin operating at the Port next year.