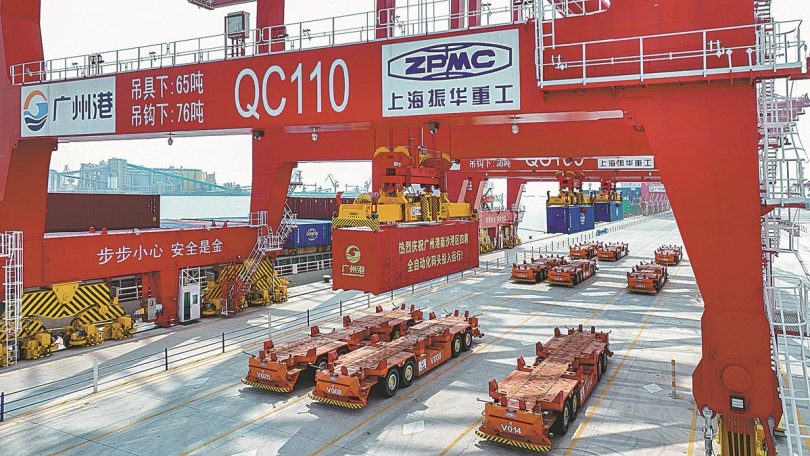 The Port of Nansha, China has begun operations of its fully automated terminal, the first of tis kind in the Guangdong–Hong Kong–Macau Greater Bay Area.

According to Guangzhou Port Group (GPG), this is part of the fourth phase of the modernisation project at the Port of Nansha, combining multimodal services related to sea, river, and railway transportation.

The terminal began operations on 28 July.

“The terminal, which features smart and independent operations and low-carbon emissions, has contributed to the promotion of automated wharf technology,” said GPG Chairman Li Yibo at the launching ceremony.

Li added that the new automated terminal “will help enhance the function of the international comprehensive transportation hub and provide strong support for Nansha to build itself into a major strategic high-level shipping and logistics platform in the Greater Bay Area, in coordination with Hong Kong and Macao.”

Looking at promoting sustainability across the industry, the terminal also implements smart solutions and technologies to achieve zero emissions.

READ: Automation and the path to sustainability