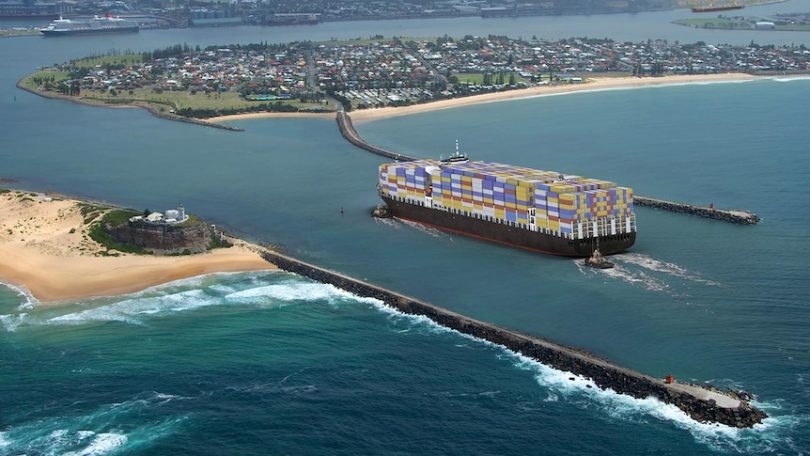 The Port of Newcastle is about to do business on a more even playing field, after a deal was done to remove a controversial cap on the number of containers it can move.

That bill is expected to pass the Legislative Assembly today with amendments.

Those amendments require the government to appoint an independent person to determine what a fair price for the lease of the port would have been, if the restrictions on container trade were not in the original port sale in 2014.

Under the original Deed of Agreement, the state government must pay NSW Ports, the owners of Port Botany and Port Kembla, if the Port of Newcastle exceeds a cap of 50,000 containers a year.

“It’s held the Port of Newcastle [back] from being able to invest,” Mr Piper said.

“If we can remove that penalty, then the Port of Newcastle are ready to go out and seek investors to put in up to $2.4 billion worth of investment to build this container port.”

The Port of Newcastle has welcomed the agreement.

“Allowing Port of Newcastle to compete in container trade, free from penalty or liability, has been our focus for several years,” chief executive Craig Carmody said.

“We are pleased that the government has reached an agreement with Greg Piper, who has pursued this issue for not only the benefit of the Hunter, but industry and producers across the state who have been suffering with supply chain issues.”

The bill has received cross-party support from the Nationals in the Upper Hunter and Northern Tablelands.

“If the government wasn’t willing to play ball it was facing inevitable defeat on the floor of parliament on this bill,” Member for Northern Tablelands Adam Marshall said.

“The fact that we’ve got grain being driven by road into the biggest city in the country is a clear sign we’ve got some big issues with our rail freight system,”  NSW Farmers president Xavier Martin said.

During a visit to Newcastle earlier this year, Mr Martin said Newcastle’s deep water and railway-to-port connections could save farmers $16 to $22 per tonne on rail freight, or up to $2.8 billion over the next 30 years.

“They sold off the ports in a dud deal and now are back flipping, costing taxpayers millions.”