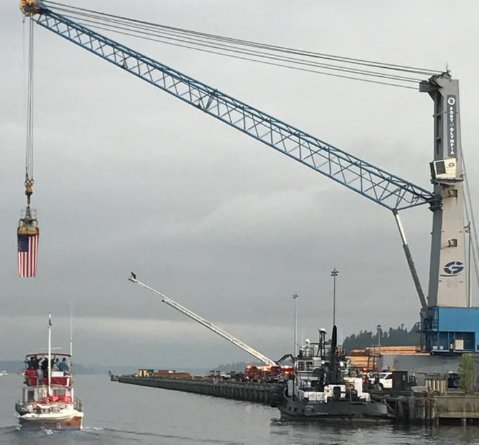 Port commissioners authorized a probe into Commissioner Amy Evans Harding’s alleged conflict of interest as a broker for real estate firm Kidder Matthews on January 24. The firm represented real estate developer Panattoni, which was negotiating with the Port and Tumwater to lease 200 acres of the New Market Industrial Campus. The result of the investigation was made public in April, with Harding being cleared of the issue.

Residents called for the resignation of Port Executive Director Sam Gibboney in June after 22 Port employees signed a “vote of no-confidence” letter against her. Employees cited multiple issues, such as their working conditions, how the management communicates, and an employee turnover rate of 68% in the last three years. The Port of Olympia Commission responded with a letter acknowledging these issues and said they would improve communications to resolve further issues.

The Port of Olympia commission approved a memorandum of understanding (MOU) which outlines the initial agreements for the Deschutes Estuary restoration project on October 17. The restoration project aims to revert Capitol Lake into an estuary. Under the MOU, the Port would work on the design, permitting, and contract management for dredging port vessel berths after removing the Capitol Lake Dam. The Port expects to contribute $3,227,000 for the project, most of which would be used for the dredging.

Before the Capitol Lake Dam is removed, the Port would have to spend around $100 million to clean up Budd Inlet so the area could accommodate the additional flow of sediments once the dam is gone. Even without the estuary project, the Port would have to conduct the cleanup as part of an agreed order from the Washington State Department of Ecology to investigate and clean legacy contamination.

As part of the cleanup, the Port would dredge several portions of Budd Inlet such as along the navigation channel, Swantown Habor, and the south of East and West Bay. The Port is working with Ecology to finalize the preferred cleanup method by the spring of 2023.

The Port of Olympia held three open houses in 2022 as public outreach for the 2021 Airport Master Plan Update, a study that seeks to establish a development plan for the airport. Plans for the airport include the rehabilitation of runways and taxiways and new infrastructures to accommodate developing aircraft technologies.

A draft of the master plan update is planned to be published in February 2023 for public comment.

The Port of Olympia commission on October 24 endorsed a letter opposing a proposed airport in Thurston County. The Thurston County Board of Commissioners prepared the letter and included signatures from the mayors of Olympia, Lacey, Tumwater, Yelm, Tenino, and Rainier.

The proposed airport site is located near Rainier and west of Yelm and is one of three sites selected by the Commercial Aviation Coordinating Commission as the potential location of a new airport, with the other two being in Pierce County.

As Thurston County moved to add two more districts due to an increasing population, the Port of Olympia worked to achieve the same. When the general elections came on November 8, the public voted in favor of adding two more districts drawn from the existing three districts. After a public hearing, the Port approved the boundaries of the newly drawn five districts on December 4, with one of the five districts representing the rural south of the county, including Tenino, Rainier, Bucoda, Grand Mound, and Rochester.

The Port of Olympia commission on December 12 approved a 75-year lease contract for a 95-acre airport property with Swire, a Coca-Cola bottler. The company plans to use the site as a manufacturing facility and storage. Swire would have to complete a habitat conservation plan and seek approval from the Federal Aviation Administration before they can begin construction.

Once the rent starts, the Port expects to earn $2 million per year, according to Port real estate director Allyn Roe, who had also said that the agreement was the biggest Port transaction in history.