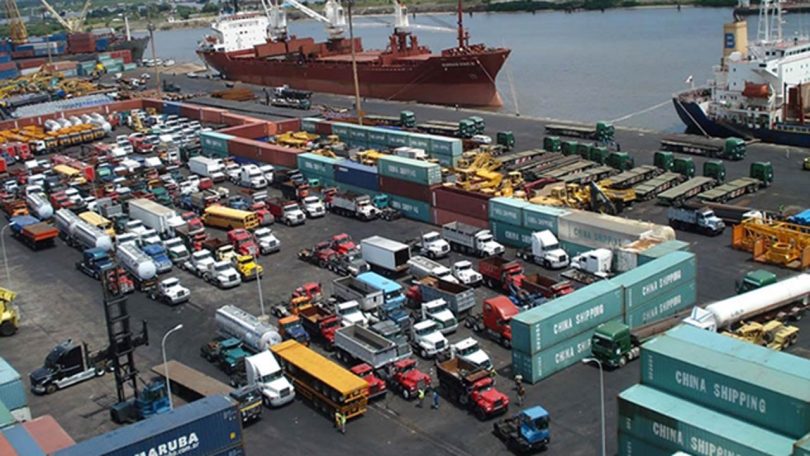 Clearing agents and freight forwarders have frowned on plans by the Lagos State Wharf Landing Fee Collecting Authority to increase the fee on imported goods through seaports in the state.

Recall that the agency had last week, disclosed that it is currently at the State Assembly for a review of the 13-year-old law, which enables the state to collect N300 on cars, N500 on buses and N1,000 on trucks brought in through the Lagos ports.

Fatomilola challenged the state government to publish details of the money received over the past 13 years, which it claimed had been with the local governments in the state.

“Out of the whole states in the country, it is only Lagos State that has this fee. Why do they want to increase it now that the election is close?” he added

The Deputy President of the National Association of Government Approved Freight Forwarders (NAGAFF), Dr. Segun Musa, said the wharf landing fee is the most unfortunate thing that has ever happened to the maritime industry as he accused leaders in the freight forwarding and customs brokerage industry responsible for this.

“Unfortunately, the silence of the leaders in the freight forwarding and customs brokerage in the face of oppression is a direct indication that they are only interested in themselves without considering the impacts of the hardships on innocent and upcoming practitioners and the industry at large.

“The maritime sector is dominated by self-interest leaders that are careless about the future of our industry, but only express concerns when it affects their interest,” he said.

Also speaking, the Chairman of the International Freight Forwarders Association (IFFA), Port and Terminal Multiservices Limited (PTML) Chapter, Sunny Nnebe queried what the monies collected over the years were used for.

He described the wharf landing fee as an illegality and wickedness on importers making use of the Lagos ports because such fees are not collected in other ports.

Nnebe argued why the Lagos State would review the increment of the fees based on the rising exchange rate, asking: “Does the state government use the money to repair port roads? Do they use dollars to do that? Why is the Chairman talking about the exchange rate and if there are no ports in Lagos can they come up with this wicked demand?

“Before Governor Babatunde Fashola implemented this forceful collection, had the local government not been funded? A demand for an increase in this regard amounts to wickedness and mockery of other states whose citizens do the importation but don’t have ports in their states,” he said

On his part, a Youth Leader of the Association of Nigeria Licensed Customs Agents (ANLCA) at Tin Can Island Port, Remilekun Sikiru, said an increase in the fee at this time the economy is not stable, would not be tolerated by the agents.

He debunked insinuations by the Wharf Landing Fee Collecting Authority Chairman that some clearing agents collect as high as N50, 000 from their importers under the guise of paying the fee.

Remilekun said the agency stationing its officials on port access roads to chase after cleared vehicles to collect the fee is tantamount to robbery and touting.

“Their activities are causing a lot of traffic on port access roads, especially at Liverpool under a bridge and along Trinity bus stop, they have gone as far as recruiting area boys with a lot of weapons damaging vehicles as a result of the collection of the fee.

“What the chairman of the agency, Adegboyega Salvador said about agents collecting as much as N50, 000 from importers for the agency fee is laughable. How can importers who hardly pay total charges to the agent now give you such?

“We as clearing agents pay the fee from our pocket and the Chairman has failed to let the public know that his men attached with policemen and soldiers most especially under Liverpool bridge forcefully drag-off vehicles from us to their compound anytime our members begged them that they have no money.

“They even towed our vehicles and the cost of towing will be added to your charges as a penalty,” he said. He, however, suggested that if the Wharf Landing Authority could digitalise the collection by removing its touts from port access roads, this would be a welcome idea.