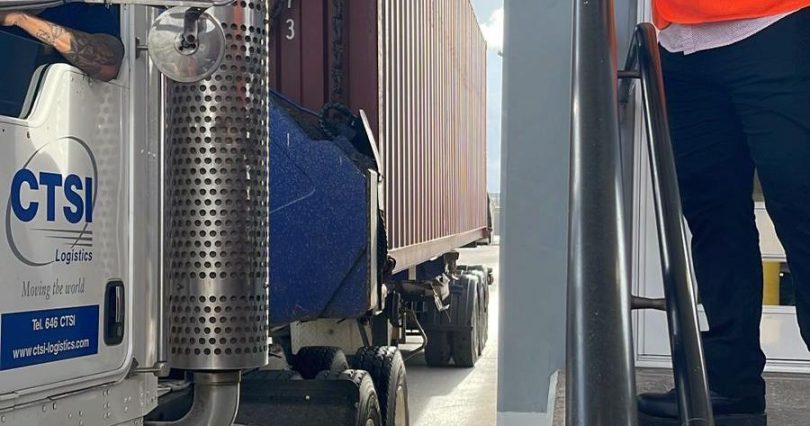 The Port Authority of Guam has completed construction of new concrete gate booths, PAG announced recently in a press release.

In efforts to modernize the commercial seaport, the two new booths replaced smaller, corroded metal booths. The gates are a focal point as the entry and exit points for all inbound and outbound cargo, according to PAG.

A third gate booth is currently being built, and is expected to be finished by the end of this month, PAG stated. The total cost to upgrade all three booths was $159,557, and was funded entirely by the Port Authority of Guam, the Port said in its release. The project was contracted out to Pacific Federal Management Inc.

Rory Respicio, PAG general manager, said the project is “a perfect example” of efforts from the administration and Port to harden facilities and build resiliency within the agency’s container yard.


Success! An email has been sent to with a link to confirm list signup.


Error! There was an error processing your request.

“Replacing the metal gate booths with concrete structures will better sustain against the harsh environmental conditions associated with operating the island’s only commercial seaport,” he said.

The gates have an anticipated lifespan of 20 to 30 years, the Port stated.

In addition to the expansion of gates, more improvement projects are expected, according to PAG. These projects include work on lengthening communication lines; electrical wiring and conduit; relocation of hose bib and associated plumbing; new lighting fixtures and new air conditioning systems; new CCTV cameras; and new aluminum glass doors and windows that can withstand storm-force winds, the Port said in the press release.