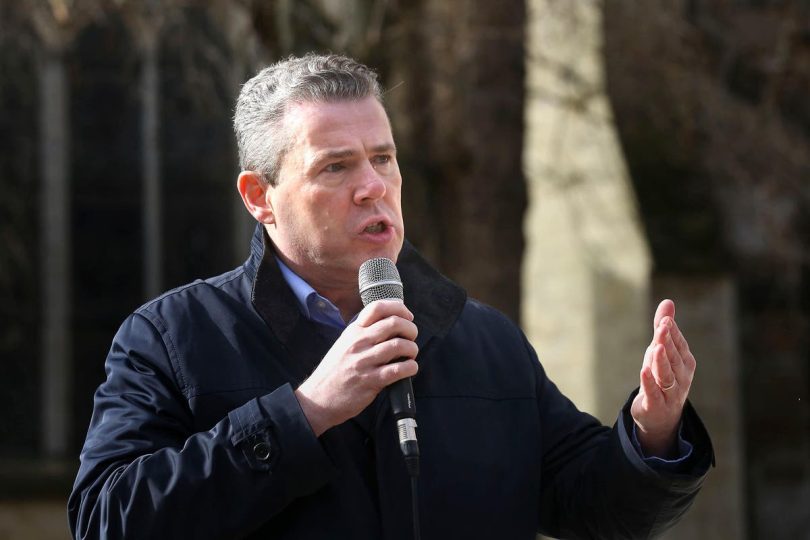 Civil servants in the Home Office, Border Force, Department for Transport and Defra are to take industrial action, affecting ports, PCS general secretary Mark Serwotka in a dispute over pay, jobs and pensions.

The Public and Commercial Services union (PCS) said action will start in mid-December and continue for a month.

Some workers will take action for the entire month, while others will walk out for shorter periods.

PCS general secretary Mark Serwotka said the action will affect driving tests and the issuing of driving licences, as well as passport control at airports.

More industrial action will be announced next month.

Mr Serwotka said: “PCS members are angry. They helped to keep this country running during the pandemic, and in return, have been treated appallingly by this Government. With inflation now at 11.1%, it is inconceivable that they are expected to cope with yet another real terms pay cut.

“With tens of thousands of members on poverty pay it is no longer about tightening belts, but about choosing between heating and eating – and that is simply not acceptable for the Government’s own workforce.

“We have made it clear to the Cabinet Office that we are available for talks throughout this period. I hope that they do the right thing and come back to the table prepared to meet our demands.

“If not, then we are prepared to do what we need to do to show them the value of our members’ work once they withdraw their labour.”

A PCS statement said: “We met with the Cabinet Office this week, but they did not make any proposals that address our demands for a 10% pay rise, pensions justice, job security and no cuts to redundancy terms.

“Therefore, the union’s elected National Executive Committee (NEC) met today and agreed an initial programme of hard-hitting, targeted action in the Home Office, including the Border Force, across the Department for Transport and in Defra, affecting ports, borders and all areas of transport.

“The NEC will be meeting again to consider further strikes if there are no proposals from the Cabinet Office made soon.

“We currently have a substantial strike fund and have today taken steps to raise significantly more money to support our members striking for a sustained period and carry the campaign on into 2023 if necessary.”

Mr Serwotka said exact details of the action will be announced nearer the time to give the government as little notice as possible.

He said ministers should be dealing with the causes of the dispute rather than concentrating on contingency plans in response to industrial action.

“There could be significant disruption but I hope there isn’t any. None of these people want to go on strike but they are suffering in terms of poverty, low pay and cuts to terms and conditions.

“Instead of talking in soundbites, the government should be doing something to stop the workers they employ using foodbanks over Christmas, and they need to remove the threat to tens of thousands of job cuts in the new year.”

Thousands of PCS members will be involved in next month’s action, but Mr Serwotka said the union will escalate the action unless the government starts addressing its concerns.

He repeated his belief that co-ordinated action could be taken in the new year by unions currently involved in disputes or balloting their members for strikes, which could include railway workers, university lecturers, firefighters, NHS staff and Royal Mail workers.

A Government spokesperson said: “We regret this decision. We greatly value the work of civil servants across the country, but the PCS union’s demands would cost an unaffordable £2.4 billion at a time when our focus must be on bringing down inflation to ease the pressure on households across the country, protect the vulnerable and rebuild our economy.

“Discussions will continue but we can provide reassurance that we have comprehensive plans in place to keep essential services running and to minimise disruption if these PCS strikes do go ahead.”

The Government said the headline range for civil service pay awards is up to 3%, with departments able to make average pay awards up to 2%.