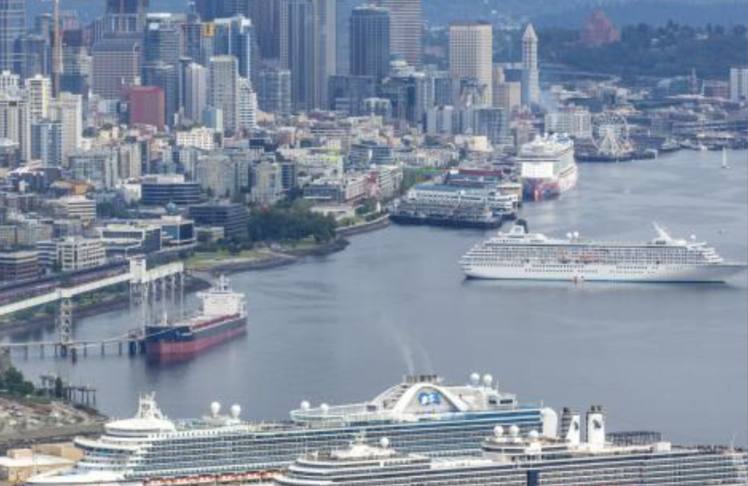 There are five Washington ports that will receive $71.4 million dollars to boost the local and state maritime economy. To be exact, $71,488,445 in federal grants have been awarded to Port of Grays Harbor, Northwest Seaport Alliance Port of Seattle, Swinomish Indian Tribal Community, Port of Olympia, and the Port of Port Angeles.

Port business in any town is always a boost to the jobs and business economy. The grants were awarded through the U.S. Department of Transportation’s Maritime Administration’s (MARAD) Port Infrastructure Development Program. The Port of Seattle itself will receive a $17,035,900 federal grant for its ongoing expansion and emissions reduction project.

During the height of the COVID-19 pandemic, port congestion significantly impacted American consumers and businesses. Ships carrying perishables have been held up, sometimes for weeks, causing produce to rot in their containers, resulting in huge losses and reduced food supply.

U.S. Senator Maria Cantwell (D-WA) assumed office on January 3, 2001. Her current term ends on January 3, 2025. She is a former business person and champion of making this happen. Sen. Cantwell said about the Northwest Seaport Alliance Port of Seattle grant, “Terminal 5 expansion is central to our strategy to reduce port congestion, strengthen the supply chain, and create more good-paying maritime jobs in Seattle.”

Senator Can’t well also said, “This $17 million grant will fund new cargo storage space needed to reduce backlogs and improve export efficiency so our famers and exporters can get their products on ships and delivered to markets around the world. This grant will also fund the construction of additional truck lanes and scales to improve movement of freight at the port, reduce delays, and lower costs facing shippers and consumers.”