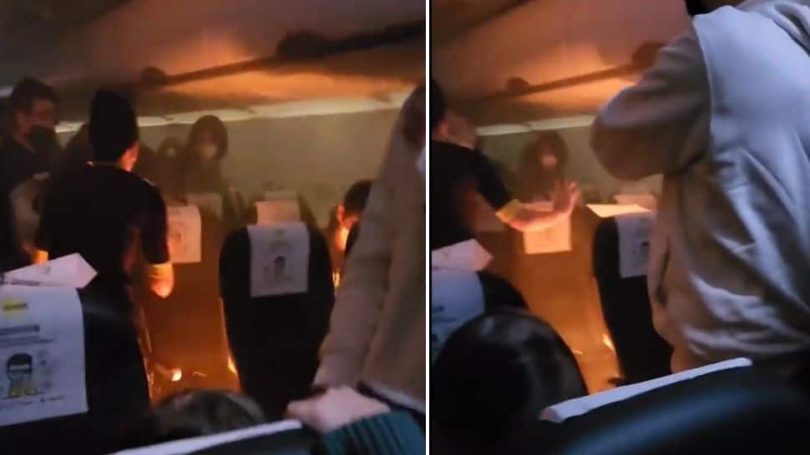 A fire incident on a Scoot flight injured two passengers. The series of events started with a power bank that caught fire on a flight because of overheating while the passengers carrying the device were travelling on flightTS993 from  Taipei Taoyuan International Airport (TPE) to Singapore Changi Airport (SIN). The whole incident occurred on the airline’s Airbus A320neo aircraft registered as 9V-TNE. The incident occurred while the aircraft was still taxing on the runway before taking off on January 10.

The plane returned to stand after calling for firefighters, and all passengers de-boarded without an additional problem. Two passengers, the owner of the power bank and his travelling companion, allegedly experienced “minor burns to their fingers,” and Scoot claims that they received medical attention at the airport even though hospitalisation was not necessary.

The incident was caught on camera by the passengers onboard, and now the videos and photos of the incident are going viral on the internet. The video on social media shows the device on fire and the cabin of the plane filling with smoke while the flight attendants on the plane try to control the situation while handling panicking passengers.

Simple Flying quotes Scoot, saying, “Scoot sincerely apologizes for the incident. The safety of our customers and crew is our top priority. Investigations into the incident are underway. We are rescheduling the flight and will provide affected passengers with accommodation and meals.”

It is to be noted that Scoot, a low-cost division of Singapore Airlines, started operations. Scoot has a fleet of 60 aircraft, 20 of which are Boeing 787s, with a maximum seating capacity of 375 passengers. Similar to the planes involved in the incident on Tuesday, the carrier’s Airbus A320neos can accommodate 186 passengers in an all-economy configuration.