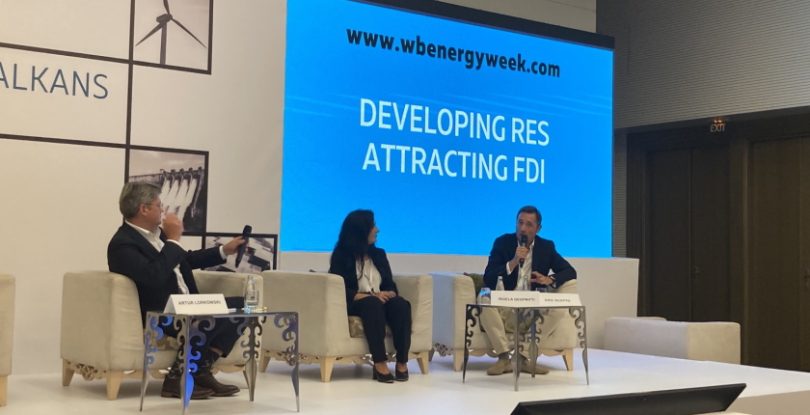 Chairman and Cofounder of Akuo Energy Eric Scotto said there is no alternative to renewable energy for easing the volatility of power prices and stressed that storage is essential to speed up the deployment of the technology. “We do not pay the bill to the wind every morning,” he pointed out.

French company Akuo Energy is active in 30 countries around the globe including the Balkans. The competition for renewable energy is fierce everywhere, according to Chairman and Cofounder Eric Scotto. “Every single government on this planet knows that the future is renewable,” he said at the Energy Week for the Western Balkans conference in Montenegro.

Scotto: There is no alternative to renewable energy

Renewables are the only option to reduce the electricity price volatility and storage is crucial to integrate solar and wind power plants faster, in his view. “There is no alternative to renewable energy. And this crisis is enlighting. It is giving us a signal it is time to speed up. And there is no reason for any government on this planet to wait to go in the right direction,” Scotto stated.

He suggested the countries in Southeastern Europe should underpin the acceleration by allowing private power purchase agreements or PPAs, calling it a key solution. The head of Akuo Energy’s pointed out that companies are currently “afraid of the price of energy” and that they need the option to make forward contracts.

Bilateral or corporate PPAs are direct deals between electricity producers and companies that will consume the energy, with predetermined prices.

Long-term PPAs are beneficial for developers of renewable energy projects as such deals give more confidence to banks to finance them, Scotto added. The model is good for the government, for citizens and companies alike, he said. “We do not pay the bill to the wind every morning,” Akuo Energy’s chairman noted and stressed there is no price volatility.

Electricity is cheaper with every megawatt of renewables capacity

As for storage projects, Scotto urged the governments in the region to enable as many as possible and not wait any longer. “It is essential to integrate much more renewable energy and balance the grid. This is cheap… The more renewable energy generation we have in the region, the better will be our situation with the regard to the price,” he said.

Improvements in the legal framework are necessary to accelerate the deployment of renewables, Scotto asserted in a message to decision makers in the Balkans.

He highlighted the example of North Macedonia, saying the government was “very pragmatic” about the fact that it needs to speed up the process given the situation that it is facing. Akuo Energy, which has a status of a strategic investor with its Stipion photovoltaic project, will sign a contract with the government in the coming weeks, Scotto revealed.

Turning to the competition issue, he warned “there is a shortage of everything” and that it currently takes several years to get solar panels after placing the order.