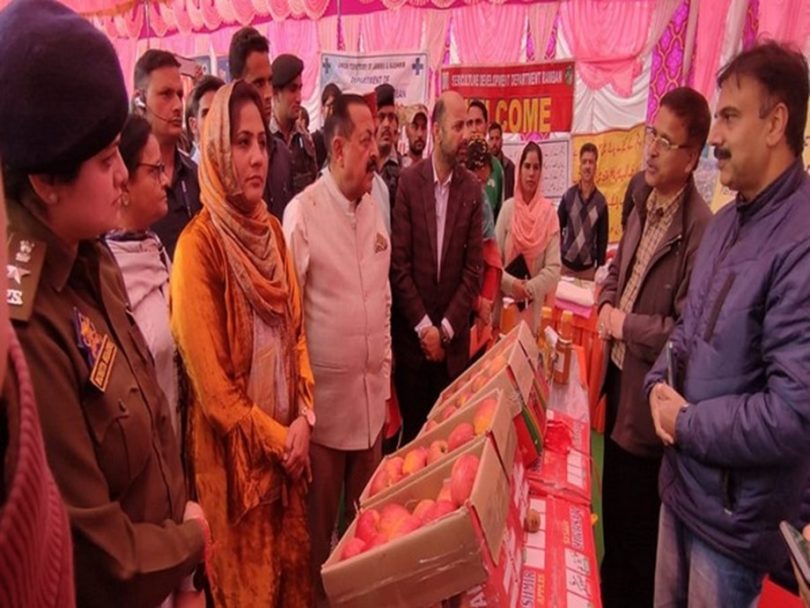 Accusing the previous governments of deliberately neglecting the hilly regions, Union Minister of State (Independent Charge) Science and Technology and Earth Sciences, Dr Jitendra Singh said on Sunday the governments in the past deliberately neglected these regions. However, these regions are now beeing accorded special focus at the behest of Prime Minister Narendra Modi, the Union minister said.

Addressing a public rally at Ramban in Jammu and Kashmir after ceremonially walking through the newly constructed Jhula Bailey Suspension Bridge, which replaced an earlier one that was declared unsafe, Singh said, “The decades-old bridge was unsafe and accident-prone but still none of the governments in the past bothered about it and allowed traffic national highways to ply over it at grave risk to the general public.” He hoped, one day analysts will try to find out why people here had to wait nearly 70 years for PM Modi to arrive and give them justice.

Earlier, Singh walked through the main markets of town and met locals who welcomed the construction of the bridge. Speaking at a rally, Singh said the Maitra Bridge and the flyover to bypass the town are under construction and work was ongoing in double shifts. After the completion of these projects, as well as the remaining stretch of the national highway beyond Ramban, the commuting time from Jammu to Srinagar will be reduced to just about four hours.

Singh said there was a time when Ramban had just one government high school. Today, “there are more than a dozen degree colleges and higher secondary schools in the district”, the minister said, adding that it happened only in the last eight years. “Degree colleges have also been set up in remote areas such as Kastigarh and Ukhral,” he added. “We have followed the policy of reaching out to people who need us and are bringing up the projects as per their requirements and irrespective of religion, cast, creed or party preference. We hope that the Opposition parties would follow our political culture and rise above votebank politics for the good of our youth, as it their aspirations and drive which will contribute to nation building over the next 25 years of Amrit Kaal,” he said.

Emphasising on a boost to the startup movement, Singh said soon there will be a comprehensive plan on agriculture-related entrepreneurship for which this place has huge resources and it will be a lucrative source of livelihood for the youth. “Never before have the resources of Chenab river have been so fully exploited. Multiple power projects are coming up in the erstwhile Doda district. This region is going to be the power hub of North India and will generate electricity to other states,” he added.

He also highlighted other projects during the last eight years, especially the coming of a Relay Radio Station at Nadha Top which caters to the whole of the district. (ANI)