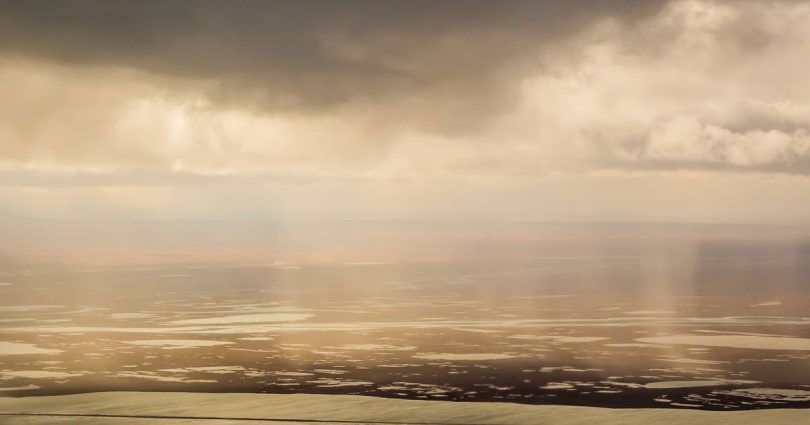 Another private company has given up its lease in the Arctic National Wildlife Refuge, leaving an Alaska agency as the lone leaseholder seeking to pursue controversial plans to explore for oil and gas in the refuge’s coastal plain.

Knik Arm Services, a small real estate and leasing firm, has asked to have its 49,000-acre, 10-year lease rescinded and its lease payments refunded, the Bureau of Land Management said in a statement on Monday. The agency said it will honor that request.

Oil company Regenerate Alaska, the only other private company to bid in the federal government’s 2021 lease sale, also gave up its lease earlier this year.

The exit by the two companies leaves just the Alaska Industrial Development and Export Authority, a state agency, to pursue oil and gas exploration in the refuge. The agency acquired seven leases covering about 370,000 acres, and is suing the federal government over the lease suspension.

The departure adds to questions about the prospects for oil drilling in the refuge’s 1.6 million-acre coastal plain.

A Republican-led Congress approved the lease sale in 2017, but the Biden administration has suspended the leases and is reviewing the leasing program. The Interior Department has called the sale process developed under President Donald Trump legally flawed.

Knik Arm Services made its request for a lease cancellation on Tuesday, the Bureau of Land Management said in a statement.

“The bureau is directing the Office of Natural Resources Revenue to refund (the company’s) full bonus bid and lease rental payment,” the agency said on Monday.

Mark Graber, owner of Knik Arm Services, said he invested about $2 million into his lease and for a first-year lease payment.

Graber said he had hoped to hold onto his lease in hope that AIDEA would win its lawsuit, and oil development in the Arctic refuge would produce valuable royalties for years for his company.

But it has become increasingly apparent that the fight over the leases could drag on for years, hurting the value of his investment, he said.

“It’s just tilting further and further negative and there are better opportunities out there in the world,” he said, referring to financial investments and the prospects for a quick resolution. “I wish AIDEA all the success in the world. They are doing something that is in the interest of Alaskans and the U.S., for that matter.”

AIDEA, which provides financing for development in Alaska, purchased its leases to preserve drilling rights in case oil companies did not come forward.

Alan Weitzner, executive director of the state agency, said the departure of Knik Arm Services does not change the agency’s plans to pursue oil exploration in the refuge.

“There’s too much at risk not to (pursue exploration), when we talk about the potential for jobs and economic development for the state,” Weitzner said.

Separately, Hilcorp and Chevron last year canceled their interest in separate, older leases within the refuge’s boundaries, on a small tract of Alaska Native corporation-owned land. Those oil companies spent $10 million to exit their deal with Arctic Slope Regional Corp.

Groups opposed to drilling in the refuge praised the departure of Knik Arm Services. They said oil development in the refuge, if it’s allowed, would worsen global warming through more fossil fuel development, while endangering valuable wildlife habitat in the refuge such as the calving grounds of the Porcupine Caribou Herd.

The Wilderness Society said in a statement that the leasing program, which also calls for a second lease sale before Dec. 22, 2024, was supposed to generate $1.8 billion in bids and lease payments over a decade, for the Alaska and federal governments to split. But with the departure of the two companies, the one sale held to date has raised less than $10 million, a tiny fraction of what was expected.

The Gwich’in Steering Committee, which represents 15 Gwich’in communities in Alaska and Canada, said in a statement that the departure of the companies from the refuge shows that drilling there is not worth the economic risk and liability. The group said that many banks and insurance companies have said they will not support drilling in the refuge.

“These lands are sacred, and we – the Gwich’in people – will never give up fighting to protect the Arctic Refuge,” said Bernadette Demientieff, the group’s executive director. “We call on Congressional leaders and President Biden to recognize the rights of Indigenous communities that are being overlooked in Alaska and repeal the oil and gas program in the Arctic Refuge.”