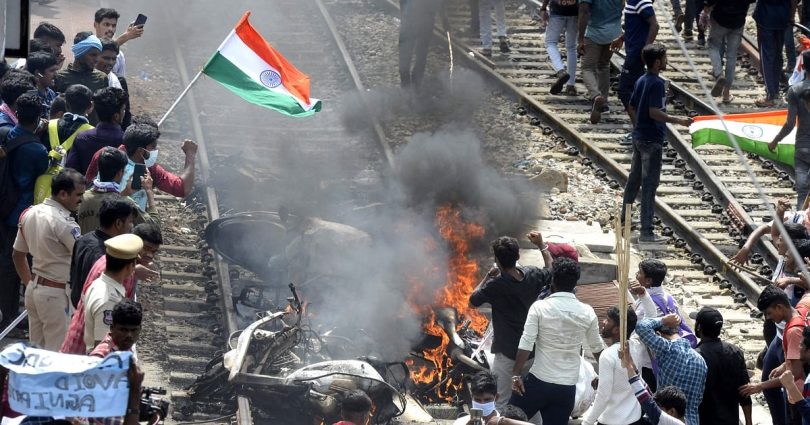 Anti-Agnipath agitation spread to different parts of Jharkhand on Friday.

Youths held a protest demonstration at Army Recruitment Centre at Ranchi. They were driven out of the Main Road.

At Koderma railway station between Dhanbad and Gaya, a passenger train to Dehri on Sone was stopped by the agitators. At Jidapokhar station, they sat on dharna.

At Jugsalai station in West Singhbhum district too, the movement of trains was stopped by the agitators.

On national highway 2 (GT road), youths from different parts of Giridih district blocked the movement of vehicles at Dumri on the highway leading to West Bengal.

Police dispersed them through the lathi charge.

In Bihar, district offices of BJP at Sasaram, Madhepura, Motihari and Nawada were damaged.

A BJP legislator and former minister,Vinay Bihari was assaulted by the agitating youths at Bettiah and his vehicle was badly damaged.