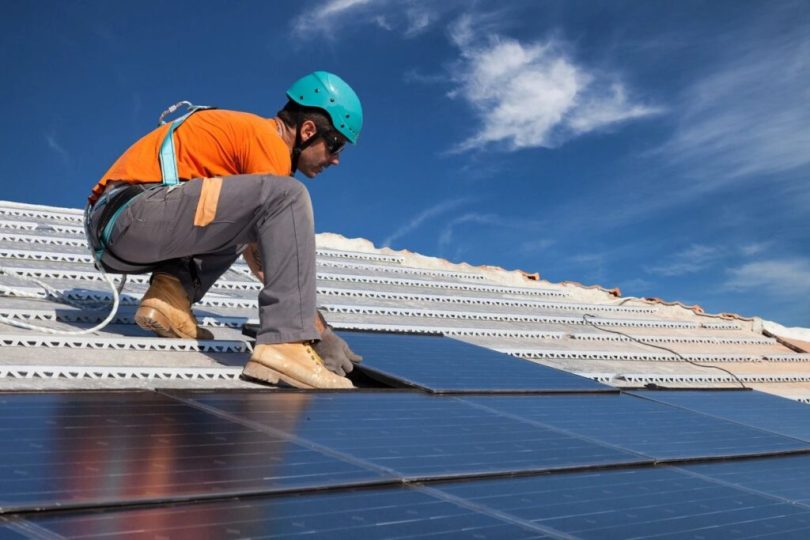 At issue was the latest update of Georgia Power’s Integrated Resource Plan (IRP), which the utility submits to the PSC every three years outlining the mix of energy sources it plans to rely on for power generation during the next 20 years.

Two of the amendments will require Georgia Power to develop additional renewable energy from battery storage and biomass.

The original version of the IRP the company submitted in January called for adding 1,000 megawatts through battery storage. However, last month’s agreement did away with the proposal after Georgia Power officials expressed concerns over whether the project’s benefits would justify the cost.

Commissioner Jason Shaw proposed an amendment requiring Georgia Power to issue a request for proposals (RFP) no later than the first quarter of next year to develop up to 140 megawatts of renewable electricity from biomass. Shaw, who represents South Georgia on the commission, said the move would benefit the region’s timber industry.

Commissioners also approved a second motion by McDonald requiring Georgia Power to pay for a demonstration project testing “tall wind” technology rather than pass on the cost to customers. The plan calls for building two wind turbines 140 meters to 165 meters high capable of generating 4 megawatts each.

“I applaud looking at new technology if the company wants to take it out of retained earnings,” McDonald said. “I don’t want to be a part of putting any more mandates on the rates.”

The PSC also amended the IRP to move toward developing additional power through “distributed generation” by forming a working group of commission and solar industry representatives to put together an RFP.

But commissioners balked at a motion by Commissioner Tim Echols to significantly expand Georgia Power’s popular rooftop solar program from a current cap of 5,000 customers to 75,000.

“This is still a tiny part of the Georgia Power base,” Echols said. “Continuing this will promote economic development and allow more customers to be part of this clean-energy economy.”

Instead, the PSC voted 3-2 to punt the rooftop solar issue until the commission takes up Georgia Power’s next rate case later this year. The utility is proposing to raise customer rates by nearly 12% during the next three years effective Jan. 1.

“In this IRP, we simply do not have the cost information necessary to set just and reasonable rates, terms and conditions for rooftop solar,” said Shaw, who made the motion to delay deciding the issue.

Finally, the PSC supported a motion by Commissioner Fitz Johnson to allow the two coal units at Plant Bowen to continue operating for now and reassess the issue when it takes up the next IRP in 2025. Last month’s agreement had left a decision on whether to retire the two units to the PSC as a policy matter.

Georgia Power noted in a news release that the IRP will move the company toward retiring all its coal-fired generating capacity except the two units at Plant Bowen by 2028.

“To facilitate this strategic fleet transition, the Georgia PSC also approved more than 2,000 MW (megawatts) of capacity from natural gas power purchasing agreements in the coming years,” the release stated.

“We are committed to building the future of energy for our state,” said Chris Womack, Georgia Power’s chairman, president, and CEO. “These investments in our electric grid and energy infrastructure will help ensure that every customer, whether at home or running a business, has the energy they need to thrive.”

The Sierra Club called Thursday’s vote a “step in the right direction” but criticized the IRP for failing to adequately address the climate crisis.

“We need urgency and resolve to stop adding to this problem we have created,” said Scott Presson, lead volunteer for the Georgia chapter of the Sierra Club’s Clean Energy Committee. “Our families deserve a livable planet.”

This story is available through a news partnership with Capitol Beat News Service, a project of the Georgia Press Educational Foundation.