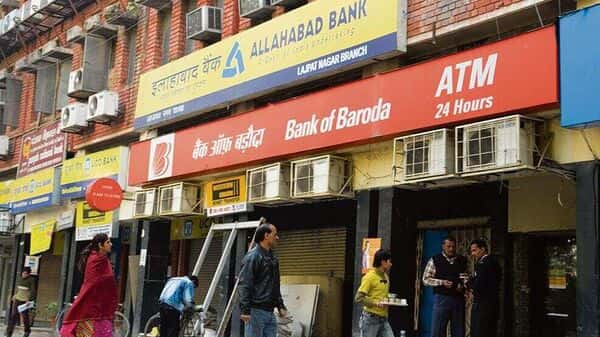 MUMBAI : India’s public sector banks may well be out of the woods, and fiercely competing with private sector peers, but analysts are not quite sure whether the improvement is sustainable.

Both large and small PSU banks put up a healthy performance in the three months to September, reporting strong profit numbers. They enjoyed the arbitrage of a gradual rise in deposit rates, despite a rapid change in lending rates, at least for products linked to external benchmarks. This propelled their yield while the cost of deposits moved only by a fraction.

For instance, State Bank of India reported a 74% rise in net profit in Q2 from a year ago. Its asset quality improved and it is hopeful of disbursing 14-16% more loans in FY23 than it did in the previous fiscal year. Bank of Baroda (BoB) posted 59% growth in net profit and 19% increase in domestic loans.

The government is also enthused by the September quarter results. Finance minister Nirmala Sitharaman tweeted on Monday that continuous efforts of the government to reduce bad loans and strengthen the health of public sector banks are now showing tangible results.

That said, issues related to wage hikes and rising deposit costs may not allow state-owned banks to sustain the performance levels. Experts are circumspect about the government’s ability to privatize some banks, considering that the idea of bank ownership by conglomerates is frowned upon by the regulator. The current euphoria, they said, may be short-lived.

“Return on assets for SBI and BoB at over 1% are at decadal-high levels but is coming on the back of extremely low credit cost. The 28 basis points of credit costs for SBI is not sustainable,” said Suresh Ganapathy, head of financials research at Macquarie Capital.

In the past three years, public sector lenders have been losing market share in deposits, especially for the current and savings account deposits (CASA), Ganapathy said. The younger generation may not want to bank with them in terms of technology, as most PSU banks, barring SBI, are still big laggards, he added.

Bankers are also convinced that digitization would determine how state-owned lenders will perform in future. According to an executive director at a PSU bank, they are a good investment over a three-five year period as the loan books have largely been cleaned. However, he said, the basic issue remains how digitization will pan out and who is going to implement it. “Many PSU banks do not have resources or product lines. They are losing market share in terms of business and making money only because of the rising interest rate cycle,” he said on the condition of anonymity.

However, others said with better capital and profitability, the ability of PSU banks to transition to the Indian Accounting Standards are better, as they follow an expected credit loss framework, leading to higher provisions. “Considering the high level of restructured book and overdue advances, expected loss provisioning for PSU banks is expected to be high, but with better operating profit and capital position, PSU banks are well positioned to absorb these provisions and transition to Ind AS,” said Anil Gupta, senior vice president and co-group head of financial sector ratings, Icra.

Jindal Haria, director at India Ratings and Research said that corporate credit growth has started reflecting on banks’ books as demand for working capital and capital expenditure picks up.

“The slippages from restructured assets will not be very significant and incremental provisions will be low. The entire PSU bank universe which suffered peak credit cost of 4.8% a few years back should see the metric at sub-2% in FY23,” said Haria.