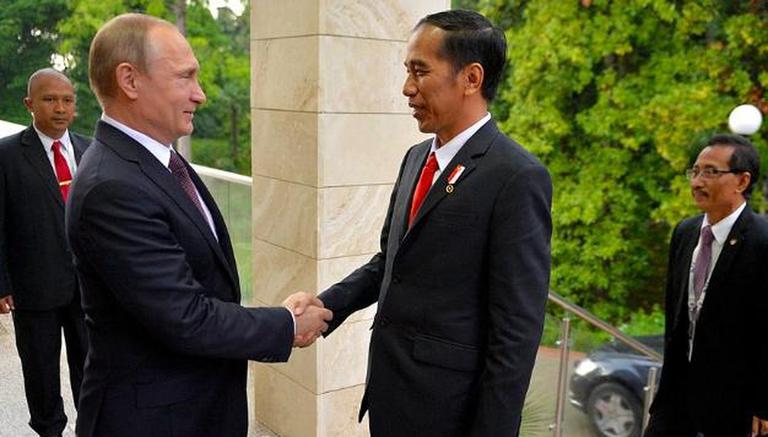 During a meeting with the visiting Indonesian Prime Minister Joko Widodo, Russia’s President Vladimir Putin denied that Moscow was blocking Ukrainian grain exports, and instead suggested an alternative route for the safe passage of the agricultural commodities for the international market. Putin offered to transit the Ukrainian grain via Romania, Poland, Belarus, the Danube and the ports of the Sea of ​​Azov. The Russian leader made the offer just days after Turkish foreign minister Mevlut Cavusoglu announced at a presser that Moscow had agreed to allow passage to an estimated 22 million tonnes of grain that has been sitting in silos to be shipped out in accordance with the United Nations’ proposal.

Putin on Thursday denied that his invading troops in Ukraine had blockaded the port of Odessa, and other major ports in Black Sea, having earlier laid blame on Ukraine’s military for mining the waters. “We do not prevent the export of Ukrainian grain. The Ukrainian military has mined the approaches to their ports, no one prevents them from clearing those mines and we guarantee the safety of shipping grain out of there,” Putin said at the conference. He once again blamed the Western sanctions for chaos in the global food market and inflation.

The Russian leader told his Indonesian counterpart that Moscow has been in contact with the relevant UN organisation, which “took the trouble to work out these issues with representatives of the EU and the United States.” Export of Ukrainian grain is about 0.5% of all food produced in the world, he stressed, downplaying the blockade. He iterated that the world produces 800 million tons of grain, of which Russia supplied over 40 million tons of grain to the foreign market just last year. He pledged to export 50 million tons of grain more this year in 2022.

“Recently, the issue related to the export of Ukrainian grain has been actively discussed. According to the US Department of Agriculture, this is 6 million tons, according to our data, somewhere around 5 million tons of wheat,” President of the Russian Federation Putin said. “If we mean the volume of production in the world, 800 million tons, then we understand that such a quantity does not affect world markets in any way, it is approximately 2.5%, and 0.5% of all food produced in the world,” he furthermore added.