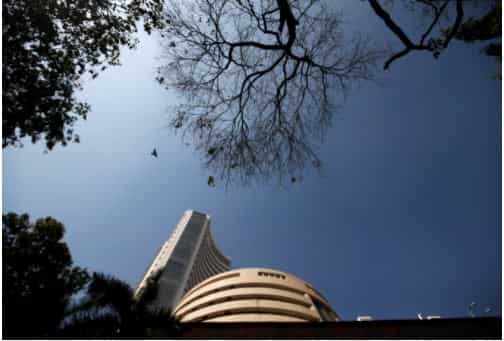 Earlier today, IndusInd Bank reported a net profit of Rs 1,964 crore for the October-December period, marking an increase of 58 per cent compared with the corresponding period a year ago. The Mumbai-based private sector lender’s net interest income — or the difference between interest earned and interest paid — increased 18 per cent on a year-on-year basis to Rs 4,495 crore, according to a regulatory filing.

The bank’s net interest margin — a key measure of profitability for financial institutions — improved by 17 basis points to 4.27 per cent compared with the year-ago period.

The company had posted a net profit of Rs 40.49 crore in the October-December period of the previous fiscal, Surya Roshni Ltd said in a regulatory filing.

However, its consolidated revenue from operations dipped to Rs 2,021.28 crore from Rs 2,030.30 crore in the corresponding quarter a year ago.

“In the Steel Pipes and Strips, the topline was affected due to correction in global steel prices. HR coil prices reduced by 18 per cent on an average in the current quarter as compared to the corresponding quarter,” Surya Roshni Managing Director Raju Bista said.

This was “driven by an improved product mix. LED lighting as a whole grew by 8 per cent YoY during the quarter. The Professional Lighting business continued to do well and registered a growth of 33 per cent and 43 per cent in Q3 and 9M FY23, respectively. The company’s recent product launches also aided the growth momentum,” he said.

Shares of Surya Roshni Ltd on Wednesday settled at Rs 605.90 on BSE, up 3.84 per cent from the previous close.

The company’s net profit stood at Rs 39.55 crore in the year-ago period, it said in a regulatory filing.

Revenue from operations marginally rose to Rs 630.39 crore during the October-December period compared to Rs 628.08 crore in the same period of the previous fiscal.

“Our third quarter revenues witnessed 0.3 per cent growth over last year. This has been in the backdrop of erratic rainfall in the domestic market and headwinds in international business. During the quarter, our domestic crop protection business grew by 7.7 per cent, crop nutrition business by 22 per cent,” Rallis India Managing Director and CEO Sanjiv Lal said.

Exports declined by 6.5 per cent, primarily due to inventory build-up at the customer end, he added.

“Our long-term focus continues to be investing in growth through new product introduction, expanding our retail footprint, and investing in flexible multipurpose manufacturing plants for our new product pipeline,” Lal added.

State-owned Central Bank of India on Wednesday reported 64 per cent jump in profit at Rs 458 crore for December quarter 2022-23, aided by a decline in bad loans and improvement in Net Interest Income (NII).

The Mumbai-based bank had posted a net profit of Rs 279 crore in the year-ago period.

NII was higher by 20 per cent to Rs 3,285 crore during the quarter under review.

On the asset quality front, the bank recorded an improvement with gross NPAs (Non-Performing Assets) almost halved to 8.85 per cent as compared to 15.16 per cent in the previous fiscal year.

However, the capital adequacy ratio declined to 13.76 per cent in December quarter FY23 as against 13.99 per cent in the year-ago period.

Several companies will be announcing their quarterly earnings on Thursday. In the Nifty50 pack, Asian Paints and Hindustan Unilever will declare results. Others include Can Fin Homes, AU Small Finance Bank, Havells, Hindus Zinc, PVR, Polycab and others. One can expect stock specific action in these stocks.