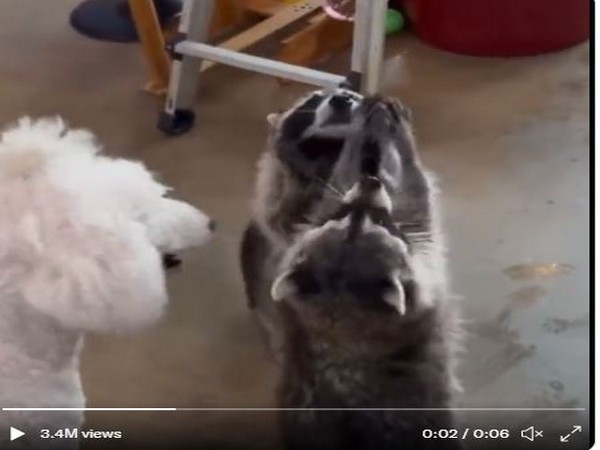 New Delhi [India], June 22 (ANI): Videos featuring animals often capture the curiosity of people who further share and reshare them on social media, leading to these clips going viral.
Recently, a Twitter handle ‘Buitengebieden’ shared a video in which two cute raccoons and a dog are seen playing with soap bubbles.
The video was captioned, “Raccoon playing with bubbles”.

As soon as the video was posted, viewers chimed into the comment section and dropped hilarious yet cute comments.
A user commented, “Racoon: Move dog! Don’t you see I’m trying to grab these bubbles? Go outside and fetch something!”

Another user was so amazed that dropped a comment, “Too cute for words”.

Other quirky comment was “The dog doesn’t get it”.