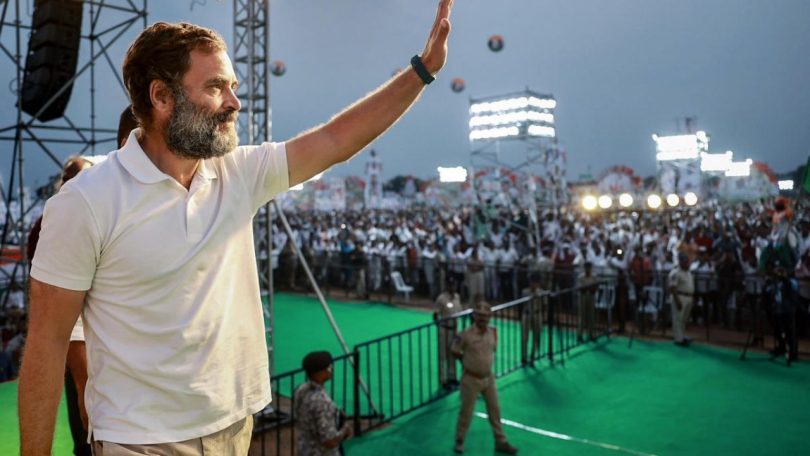 Congress leader Rahul Gandhi, who is leading the 3,500-km Bharat Jodo Yatra on Monday said farm loans would be waived in Telangana if his party comes to power in the next elections. Speaking at a public meeting in Jukkal constituency before entering Maharashtra, he said hospitals were being privatised and the education system was being destroyed in Telangana.

“Farmers are not getting a supporting price. No farmer feels that farming is a profitable venture. The UPA government waived agriculture loans to the tune of Rs 70,000 crore. We promise farm loans will be waived when we come to power,” he said.

Alleging that the ruling TRS government is not implementing the Tribal Bill that the UPA government had brought, the Congress leader said the lands of Dalits and Adivasis that were allegedly grabbed would be returned to them. He alleged that education has become expensive and one has to spend lakhs of rupees to become an engineer or doctor. He charged BJP and TRS with working in tandem and whatever Bill that the former introduces in Parliament is supported by the latter.

Gandhi alleged that the NDA government is privatising public sector undertakings such as BHEL and Railways to benefit some friends of Prime Minister Narendra Modi. Congress sources said Rahul Gandhi undertook a 375-KM march in Telangana. President of the Congress’s Telangana unit Revanth Reddy would hand over the national flag to his Maharashtra counterpart Nana Patole on the border.

The yatra covered 19 Assembly and seven Lok Sabha constituencies with street-corner meetings every evening. Rahul Gandhi met intellectuals and leaders of various communities, and sportspersons, businessmen and those in the field of entertainment during the march. The yatra commenced on September 7 from Kanyakumari, Tamil Nadu. Gandhi completed the walk in Kerala, Andhra Pradesh and Karnataka before entering Telangana.

He thanked the people of the State for their support.