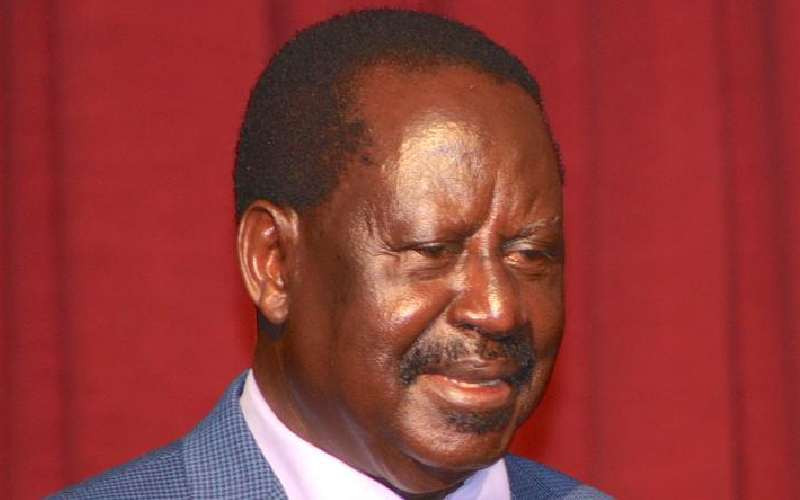 Speaking at the 2022 United Nations Climate Change Conference in Egypt, Raila said that the development aspirations of the continent could not be achieved without urgent and transformative approaches to address the continent’s chronic energy deficiency.

“A just energy transition requires investment and an increased role by the private sector,” said Raila.

He explained that revamping the energy capacity in Africa needed strong and transformational partnerships between states, the private sector and development partners to materialise investment opportunities of usd500 billion to add the 250Gw by 2030.

Raila said that while countries had made their own contribution to climate change actions under the Paris agreement, the plans would not amount to anything unless resources were provided.

While the pandemic had battered economies, the Azimio leader said, the ability to finance reduced, the private sector should come in and help finance the energy aspirations of the countries.

“Yet Africa’s private sector investment in infrastructure including energy has been minimal,” he said.

Raila noted that the key to a just energy transition from non-renewable to renewable energy sources lay in natural gas.

“The other renewable sources of energy that we have are not constant all the rimes, there are fluctuations and if you want to have stability in terms of supply then you need to also have a supplement of natural gas which is flexible,” he said.

He explained that in order to rely on other renewable sources, it was critical that there is adequate storage capacity to assist in times of scarcity.

Raila said that Africa’s electricity generation from natural gas needed to increase 250 per cent by 2040 to meet the power needs of the continent.

He noted that Africa is endowed with non-renewable energy resources and could achieve a just energy transition with the abundant resources available on the continent.