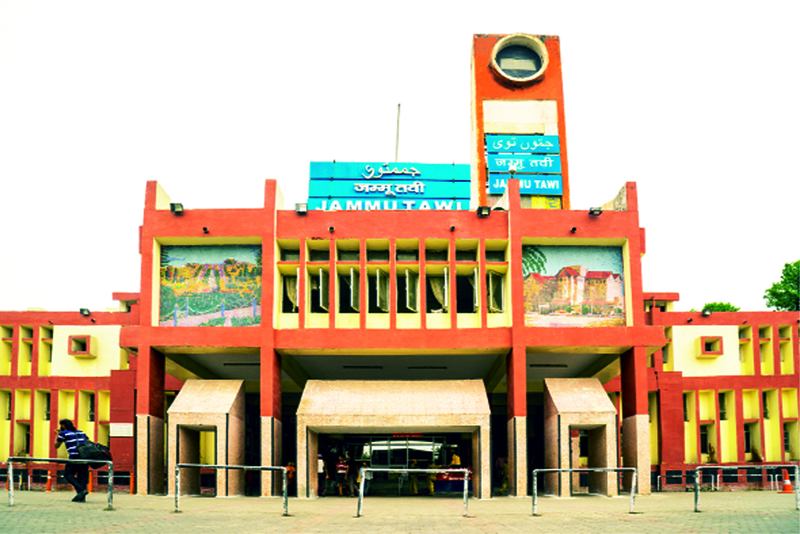 Had in early 70s , when the plans to build a Railway Station at Jammu and , therefore, extending railway services from Pathankot in Punjab to Jammu and Kashmir (then up to Jammu only) been prepared keeping in view future requirements looking to the huge potential of religious and normal general tourism in Jammu and Kashmir and perhaps built at more spacious area with more platforms, the mess of overcrowding and allied problems confronted with this very important Railway Station would have been minimal. That denotes the Bari Brahmana Railway Station, the penultimate station en-route Jammu too would have been accordingly expanded. It is so because as far as cost factor is concerned, it would have been a tremendous saving thereon. When we look at various Railway Stations across the country- most of them, with the renovation, facelift, development etc, having become model Railway Stations, we find Jammu Station nowhere. It is an irony that no major developmental work at this important station has been undertaken ever since it was built in early 1970s even looking to constant increase in railway traffic mainly passengers movement.
Agreed, with a Redevelopment project of Jammu Tawi station, with an expected cost of Rs.230 Crore, there will be lot of development taking place in and around one of the busiest Railway Stations of North India but whether the project is to take care of future requirements adequately as with connecting Kashmir with rest of the country, the number of trains and the passengers is expected to keep on growing, is not known. Presently, everyday as many as 33 trains ply at Jammu Tawi Station which are planned and expected to go up to more than 50 after the addition of proposed two platforms. Looking to the ever increase in the number of passengers, adding more trains cannot be overruled as on approaching Navratras this year, additional special train services are proposed to be introduced and likewise for catering to future seasonal or festival related passengers’ rush, additional services shall be put into service.
No doubt, lot of minor developmental work has been undertaken by the Railways on this busy line from time to time and , therefore, in order to add two more platforms into the Jammu Railway Station, redevelopment of Bari Brahmana Railway Station is equally important as that station provides a cushion to the incoming and outgoing traffic. Non-interlocking work at it having been undertaken a few days ago and as a result thereof traffic suspended , stands now completed and commissioning of the Station has now resulted into routine train services having been resumed .
It may be noted that non -interlocking refers to when the necessary signalling gadgets, track circuits and connection of important points are being disconnected for an important designated work related mostly to development. Passengers having been put to inconvenience on account of the trains having remained cancelled for over three weeks, can now reschedule their journey from and to Jammu and Katra Railway Stations. This technical job at the Bari Brahmana Station , now completed shall facilitate to a larger extent, the proposed re-developmental works at the main station and serve as satellite freight terminal of the Main Jammu Station. That was going to ease the pressure on the existing three platforms shortly going to be five now with the addition of two and improving the space in yards of Jammu Railway Station. That would provide space and smooth arrival and departure of passenger trains and of course, those trains carrying fuel from Indian Oil Corporation and food items from the FCI . That is because now all freight trains other than carrying fuel and food,shall terminate at Bari Brahmana in Samba district and avoid entering Jammu Tawi Station.
It was long felt that more entry and exit points at the Jammu Tawi Station were required to regulate and ease the rush of passengers and, therefore, address to a larger extent the problem of overcrowding . However, with the development of and adding two platforms, the two additional entry and exit points at and from Bahu Plaza and Narwal ends shall be available. The nature of the importance of Jammu Tawi Station hardly needs to be overemphasised hence making it into a model Station like Jaipur, CST Mumbai, Charbagh Lucknow etc should be the priority of the Government.