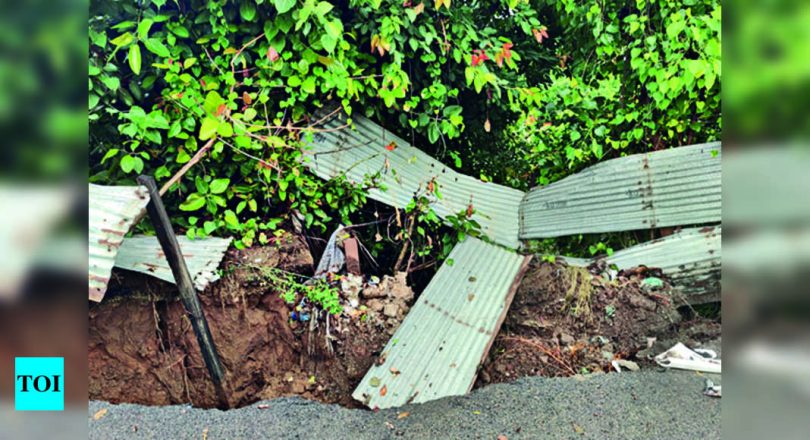 Ludhiana: The rain on Thursday swept away all claims of the MC about being ready to ensure a smooth monsoon this year. After heavy rain, commuters had to negotiate waterlogged roads, even as officials claimed that they had been working on the field since the rain began. They said they made best efforts but the rain was heavier than normal, which led to waterlogging.
Haibowal resident Sunil Jain said, “I had to drop my daughter to school in the morning and there was water all around, making it quite difficult to reach the school. The chowk was heavily flooded and people crossed it with great difficulty. Some got stuck as water entered the engine.” He added that the joy of rain was dampened by the difficulties that came with it.
Colonel J S Gill, an activist, said faulty procedures exacerbated the problem. “We raised the issue in a meeting with speaker Kultar Sandhwan and pointed out that the MC first takes rainwater to the sewer system, from where it goes to sewage treatment plants for cleaning again. Instead of wasting funds under smart city funds on so called smart roads or bridges, officials should have come up with a storm drainage project in phases,” he said, suggesting that the civic body take help from the centre for the project.
Meanwhile, Aam Aadmi Party (AAP) MLA Madan Lal Bagga, Congress councillor Jai Parkash and senior officials went around areas near Buddha Nullah in North constituency, especially Kundanpuri, where water had started entering houses. They said that the situation was brought under control when rain stopped and drainage started.
By then however, school buses, truck and many vehicles were stuck in the road along Buddha Nullah and the road caved in.
Earlier, civic officials had started laying interceptor lines to carry sewage water to treatment plants alongside the drain and filled the dug up part with sand. With the rainfall, sand settled down. On Thursday, a school bus got stuck in the road near the main Haibowal bridge and students were shifted to another bus. The vehicle which was stuck could be extricated only after two hours. Another bus got stuck at some distance near Upkar Nagar bridge, after which a truck and many cars got stuck. Eventually, officials started work on repair of the stretch from Chander Nagar to Ram Sharnam bridge.
This road was recently constructed by the civic body and to lay this interceptor line the officials allowed to dig this road. The residents of the area rued that MC has decided to construct road at other side of drain too after removing the encroachments and when new road is to be constructed there then they should not have damaged this road portion. The residents complained that officials did not pay attention towards compaction of sand after laying pipes.
A small road portion in Shastri Nagar caved in which was settled down by the officials when rain stopped. Another caved in was reported at Ferozepur Road near Bharat Nagar Chowk.
The superintending engineer of MC Rajinder Singh however said, “For sometime Buddha Nullah was flowing at its maximum capacity which led to flooding in some of the low lying areas but we managed to drain out water with the help of additional engines.” He said quantum of rainfall was higher but still they saved situation a lot.