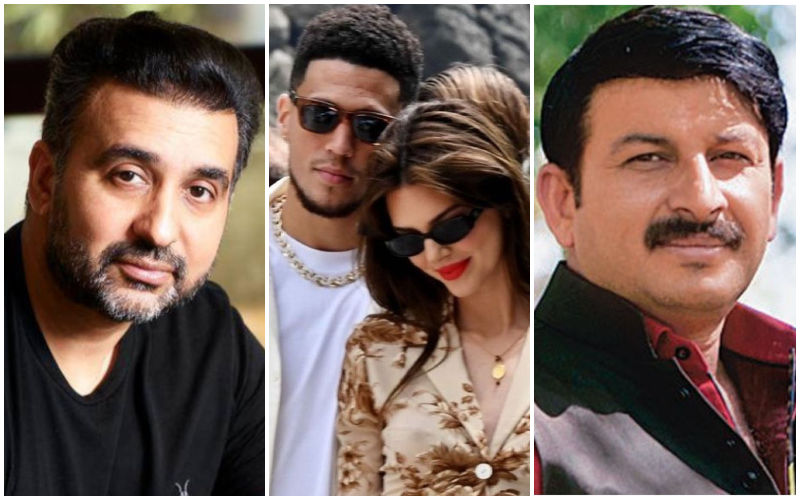 Shilpa Shetty’s husband, businessman Raj Kundra, has been under the scrutiny of the public ever since he was arrested in July 2021. He had been embroiled in a controversy about creating and publishing pornographic films for OTT platforms. Even after his was released in September 2021, Kundra is trolled heavily by the netizens everytime he step out of his house.

It was a sad day for the Kardashian-Jenner clan and their fans as supermodel Kendall Jenner and NBA pro-Devin Booker have ended their relationship, as per the latest media reports. According to the latest news report, a source close to the couple has revealed the real reason behind the couple’s split and has said that it was difficult for Kendall and Devin to “prioritise their relationship over their careers.”

Manoj Tiwari To Become Father At 51

Actor-turned-politician Manoj Tiwari has indeed got a big reason to celebrate! The BJP MP is all set to embrace fatherhood again and that too at the age of 51. Yes, you read that right! Manoj is expecting a second child with his wife Surabhi Tiwari and shared the good news with fans on social media. The Bhojpuri actor shared a beautiful video from his wife’s godh bharai ceremony while announcing the happy news.

The buzz around Avatar: The Way of Water does not seem to end and the new sequel in the Avatar franchise has emerged as one of the most awaited films of the year. To keep up with the excitement, James Cameron has finally dropped a new trailer of Avatar 2, which is nothing short of a visual treat for the fans. However, as per the trailer, the film seemingly goes beyond visuals, in fact, the storyline is equally engaging.